Edinburgh secularists back bid to abolish religious observance in schools 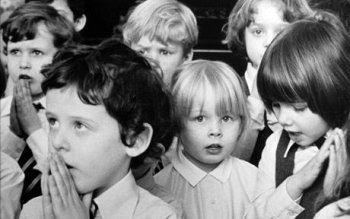 An Edinburgh parent has launched a petition requesting that City of Edinburgh Council conducts a local vote to challenge "religious observance" (RO) in the city's non-denominational state schools. The move is being backed by Edinburgh Secular Society (ESS).

The petition by mother-of-one Veronica Wikman was launched on 20 February to coincide with the UN World Day of Social Justice.

Under the Education (Scotland) Act 1980, which repeats the legislation of previous acts, education authorities have a statutory requirement to provide religious observance and religious education in Scottish schools. This legislation originally dates from 1872. Scottish Government guidelines state every school should provide opportunities for religious observance at least six times in a school year. In England and Wales (uniquely in the world) the legal requirement in all state schools is for a daily act of (broadly Christian) worship.

However, under Section 8 of the 1980 Act, Local Authorities in Scotland are empowered to abolish RO, subject to a resolution in favour of discontinuance being approved by a majority of local voters.

Launching the petition, Ms Wikman said: "RO has nothing to do with education but everything to do with religious indoctrination. The Church of Scotland has not owned our schools since 1872. It should retain no privileged access to the education of my child or any other."

Neil Barber, ESS media officer, said: "Religious education is a balanced, important part of education if taught in a comparative and philosophic way. RO, on the other hand, is imposed as truth, sometimes by evangelising visitors. Compulsory RO makes schoolchildren a captive audience for Christians and others who seek to recruit them into their faith, with no provision made for the choice of non-belief."

The petition requires 500 signatures by the closing date of May 7 but can be considered with at least 250 signatures at the discretion of the council. Edinburgh residents can sign the petition here.