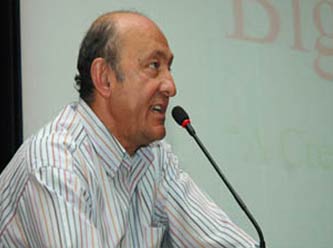 A senior astrophysics professor in Turkey appears to be the latest target of what academics and scientists in that country say is an ongoing campaign by its conservative government to intimidate secular intellectuals.

Rennan Pekünlü (right), who teaches at Ege University in Izmir, was tried by a local criminal court last year on charges of preventing female students from entering his class wearing headscarves. A ruling handed down on 13 September 2012, found Pekünlü guilty of violating the freedoms and rights of women at the university. The court sentenced him to 25 months of imprisonment. Pekünlü appealed to the Turkish Supreme Court of Appeals, which is expected to issue a final ruling next month.

Pekünlü has argued that he was simply upholding the Turkish constitution, which prohibits the display of religious symbols or affiliation in government offices and institutions supported by government funding. A coalition of eight academic and scientific nonprofit organizations in Turkey has issued a joint declaration of support for Pekünlü that accuses the Turkish government of giving the astrophysicist an unjust trial.

A coalition spokesperson, Ferhan Sağin—a professor of medical biochemistry at Ege University—says she and many of her colleagues fear that Pekünlü will suffer the same fate as numerous other critics who oppose the Turkish government's efforts to promote Islamist ideology in public life, particularly at educational institutions. In June last year, authorities arrested Kemal Gürüz — the former head of Turkey's Council of Higher Education — who has been a prominent advocate of keeping religion out of public education. Gürüz remains in prison.

The case against Pekünlü was initiated after a female student filed a complaint alleging that he had unfairly prevented her and other women from entering his classroom wearing headscarves. A television crew filmed Pekünlü taking pictures of headscarved students at the entrance of his department building. In a statement of defence, Pekünlü claims that he took those pictures with the students' permission in order to document violations of the university's declared ban on allowing headscarves on campus. According to Pekünlü, university authorities did not act on his reports of these violations.

In this YouTube clip a group of women in headscarves arrive at the University — accompanied by TV cameras and reporter — in an obvious attempt to force the university to breach its rules. Mr Pekünlü tries to keep them out, with the consequence that he now faces a substantial prison sentence. 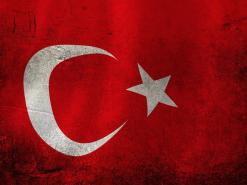 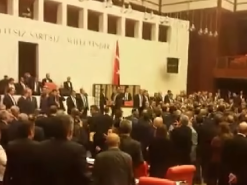 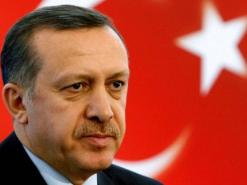 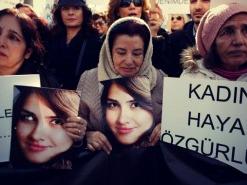 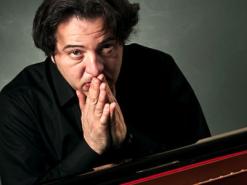