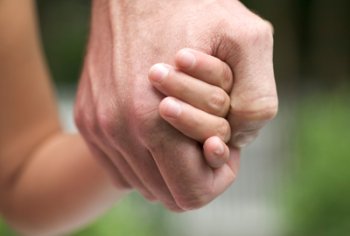 A Catholic adoption agency has been told by the Charity Regulator in Scotland that if it doesn't lift its ban on applications from gay couples it will lose its charitable status.

The Office of the Scottish Charity Regulator has ruled that St Margaret's Children and Family Care Society in Glasgow is directly discriminating against gay people by excluding them from becoming adopters.

The ruling (pdf) follows a complaint from the National Secular Society.

Alistair McBay, spokesperson in Scotland for the National Secular Society, said: "After the ruling in England by the Charity Commission, backed by the courts, that Catholic adoption agencies there were in breach of the Equality Act by denying their services to gay couples, it is logical that the Scottish charity regulator has reached the same decision about St Margaret's.

"Sectarian decision-making has no place in adoption arrangements, and the regulator also found that St Margaret's was discriminating against non-Catholic couples who applied to adopt. This kind of crude discrimination is no longer acceptable in our society – and that goes double where the discrimination is, in effect, being largely financed by the public purse.

"Arguably more important than depriving gay couples of adoption is that St Margaret's policy restricts the pool of adoptive parents, including gay parents, some of whom the Regulator acknowledges have special skills that would be especially appropriate with hard-to-place children.

"If St Margaret's wishes to continue to provide services, it must remove these provisions from its constitution – this will be in the children's best interests. In England, some of the Catholic agencies complied and are now providing their services to everyone without prejudice. Those doing so have generally been faced with the Catholic Church heartlessly withdrawing its co-operation and forcing them to break their link with the Church. Other agencies felt that they could not comply and have closed.

"We hope that St Margaret's will continue to fulfil its valuable role, even if it has to sever its connection with the Catholic Church. We certainly hope it will not take the same route as Catholic Care (Diocese of Leeds) which pursued a long, expensive and, in the end, fruitless appeal with the Charity Commission. The charity's funds can be better spent in the interests of children than being wasted in legal fees to delay the inevitable."