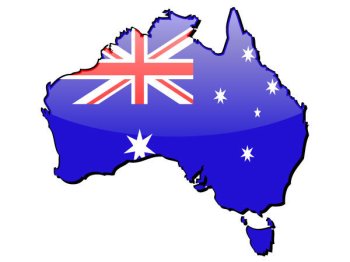 In a move that has enraged human rights advocates, the Australian government has given religious groups wide-scale opt-outs in proposed new anti-discrimination laws.

The new law brings together all the existing anti-discrimination measures, but the Government has agreed to demands from religious bodies that they should be permitted to be able to discriminate in employment against a wide range of people – including pregnant women.

Needless to say, gay people will be left almost entirely at the mercy of religious intolerance with no protection if they are employed by an employer with a religious ethos.

The draft of the Human Rights and Anti-Discrimination Bill permits "faith-based groups", including schools and hospitals, to refuse to hire people because of a wide range of attributes that would be unlawful for any other organisation. This includes women who are pregnant or potentially pregnant – to avoid having to employ unwed mothers.

The Human Rights Law Centre's director of advocacy and strategic litigation, Anna Brown, said that while the bill introduced important new protections from discrimination on the basis of sexual orientation and gender identity, and removed the ability of religious bodies to discriminate on the basis of age, sex and breastfeeding, it was a ''missed opportunity'' to narrow the broad exemptions available to religious groups.

Religious organisations employ thousands of people in Australia – the Catholic Church being one of the country's largest employers. The Australian Catholic Bishops Conference is adamant that the church should retain its rights to discriminate, but Anglicans are divided.

They rely on government funding but because of their religious status are allowed to vet the sexual practices of potential employees in ways that would be illegal for non-religious organisations.

The Australian breakfast cereal Weet-Bix is made by a company called Sanitarium which defines itself as a religious organisation owned and operated by the Seventh-Day Adventist church, which means it would be able to discriminate against people with these attributes.

Sanitarium spokeswoman Julie Praestiin said the company's workplace culture was ''grounded on Christian-based values of care, courage, humility, integrity and passion which are generally shared by the Australian community''.

Hugh de Kretser, executive officer of the Federation of Community Legal Centres, said that Sanitarium, which is understood to have a turnover of $300 million a year — although the church is not required to lodge Sanitarium's financial reports — should not be allowed to discriminate.

''That a large organisation with a turnover of $300 million a year is given a green light by the law to discriminate highlights the problems with these exemptions,'' he said.

President of the Australian Human Rights Commission, Professor Gillian Triggs, said: ''In a secular society such as Australia … one does not want to give any sort of particular priority to one freedom above the right of people to non-discriminatory employment.'' She said it was important ''that we don't throw the baby out with the bathwater'' as the bill was the first step towards creating a coherent federal human rights system.

David Nicholls, President of the Atheist Foundation of Australia, said, "Repugnant religious bigotry will always be with us; the same cannot be said for governments that openly support it. The Prime Minister is backing a minority view of overly zealous religious leaders and followers and has been advised badly on this matter.

"Australia's ever-creeping soft theocracy, which includes the Howard debacle of chaplains in state schools and progressive legislation not enacted or stymied by faith initiatives, has become a matter only controllable by the voter," Nicholls said. "Tasmania removed the ability of religions to discriminate on such grounds about ten years ago," Nicholls stated. "As far as we know, it has not sunk beneath the waves or suffered any inconvenience because of it."