Only 7% think being Christian is important for being British 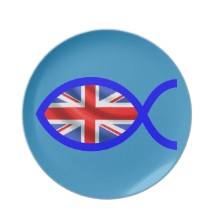 A new report from the think tank British Future (pdf) looks at what it means to be British. Among a wealth of fascinating data, the poll conducted for the organisation finds that just 7% of Britons agree that being Christian is an important attribute for being British.