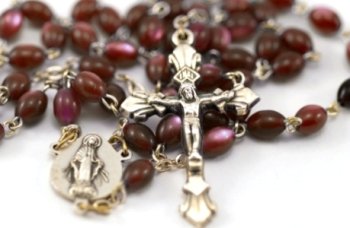 The Catholic Church in England and Wales has issued a new booklet warning teachers and governors at Catholic schools that they risk dismissal if they enter a relationship that is not approved by the Church.

The warning comes in guidance (PDF) written by Monsignor Marcus Stock, general secretary of the Catholic Bishops' Conference of England and Wales and co-published by the Catholic Education Service.

Under the heading of "substantive life choices", Mgr Stock includes marriage in a non-Catholic church or register office without canonical dispensation, remarriage after divorce and "maintaining a partnership of intimacy with another person, outside a form of marriage approved by the Church and which would, at least in the public forum, carry the presumption from their public behaviour of this being a non-chaste relationship". This also applies to all staff in a Catholic school."

Other "substantive life choices" he rules unacceptable include "maintaining the publication or distribution of, or by any other means of social communication or technology, material content which is contrary to gospel values".

Many 'faith' schools are granted special legal privileges enabling them to discriminate in employment on religious grounds. Many teachers can find themselves blocked from certain positions because they are non-believers or of the 'wrong' faith. In addition, teachers can be disciplined or dismissed for conduct which is "incompatible with the precepts of the school's religion".

The National Secular Society has described the Catholic Church's restrictions on its employees personal relationships as "prurient and tyrannical."

"It is scandalous that the Catholic Church is able to use taxpayers' money to practise this sort of crude discrimination. The document is completely unacceptable. The way a person arranges their private life, so long as it is within the law, should be of no concern to an employer.

"We have written to the Secretary of State for Education, Michael Gove, asking how he can justify a law that permits teachers in faith schools to be disciplined or dismissed for conduct which is 'incompatible with the precepts of the school's religion'. Such a harsh and unfair law drives a coach and horses through equality legislation and leaves teachers, paid using public money, uniquely vulnerable to religious discrimination."

The level of discrimination permitted in 'faith' schools is currently the subject of an investigation at the European Commission following a complaint by the National Secular Society concerning whether UK legislation relating to state funded 'faith' schools breaches European employment laws.

The NSS has made clear that if it comes across anyone who has been fired from a Catholic school simply because they are living in a relationship that the Church does not approve of, it would be happy to assist them in a legal challenge.