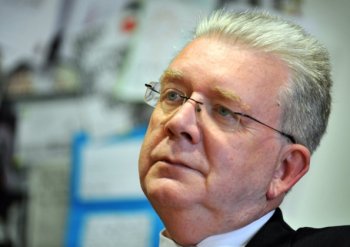 The National Secular Society has published an open letter to Scottish Government Minister Mike Russell, asking him to clarify his position over the St Margaret's Adoption and Family Care Society adoption case.

Last week the Office of the Scottish Charity Regulator ruled that St Margaret's Children and Family Care Society in Glasgow was directly discriminating against gay people by excluding them from becoming adopters, and in doing so was in breach of both charity law and equality law. In response to the news, Scottish Government Minister Mike Russell, who holds the Education and Lifelong Learning portfolio, was reported widely in the media saying that he was 'disappointed' with the decision. Mr Russell promised to meet personally with representatives of St Margaret's and pledged to seek an "urgent solution".

Alistair McBay, National Secular Society spokesperson for Scotland, said: "The 'urgent solution' seems rather obvious to us – that the charity should follow the law.

"We have now written to Mike Russell setting out our concerns at his response and providing additional background to the OSCR decision. We hope this will convince Mr Russell that the Scottish Government should welcome the news that the independent OSCR is doing its job by ensuring that both equality law and charity law is being upheld.

"We also hope it will illustrate that most Catholic – or former Catholic – adoption agencies have altered their policies and practice to comply with the Equality Act 2010 since it came into force, and we urge St Margaret's to do the same in the best interests of the children."

NSS Honorary Associate Patrick Harvie MSP has submitted a motion in the Scottish Parliament that calls on the charity to obey the law and to amend its prospective parent recruitment criteria so that the best interests of children are made the first priority, rather than the upholding of 'irrational prejudice'.