Judgements due on landmark religious discrimination cases at European Court 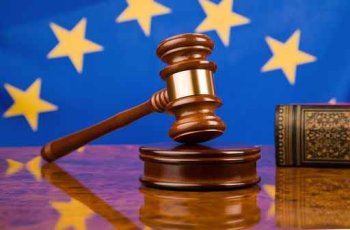 The European Court of Human Rights will announce its judgement on four landmark cases of alleged religious discrimination in the workplace on Tuesday 15 January.

In all four cases Christian applicants complained that UK law does not sufficiently protect their rights to freedom of religion and freedom from discrimination at work.

The National Secular Society is the only organisation that has intervened to support the UK Government to argue that all four cases of Eweida, Chaplin, Ladele and McFarlane were correctly dismissed by the UK courts. Our submission was prepared by leading human rights lawyer Lord Lester of Herne Hill.

Eweida and Chaplin concern the wearing of crosses at work. Ladele was an Islington registrar and McFarlane a Relate councillor, both of whom objected on religious grounds to dealing with same sex couples. All four are applying to the European Court of Human Rights claiming that the dismissal of their cases was in breach of the European Convention on Human Rights and that the UK law must therefore be changed.

"This is likely to be a landmark case determining the future direction of equality law in the UK, and potentially also in Europe.

"We believe any further accommodation of religious conscience in UK equality law would create a damaging hierarchy of rights, with religion at the top. Any change to the law to increase religious accommodation — as most if not all other interveners are calling for — stands the risk of seriously undermining UK equality law."

Find out more about our intervention

Read our submission in full (pdf)