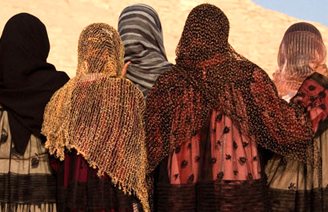 The United Nations General Assembly has passed a resolution condemning female genital mutilation. This is a procedure in which a young girl's clitoris and labia are removed, in the belief that this will reduce libido and keep a woman "chaste". It is the first time the practice has been denounced at such a high level.

More than 140 million women worldwide have been subjected to this procedure, which – although outlawed in most countries – is still regarded as a 'traditional practice' in many African and Middle Eastern nations.

More than 110 countries, including more than 50 African nations, co-sponsored the resolution in the General Assembly's rights committee, which called on states to "complement punitive measures with awareness-raising and educational activities" to eliminate female genital mutilation. About three million women and girls each year are said to be forced to undergo the procedure.

Female genital mutilation (FGM) has been illegal in the UK since 1985 and the law was updated in 2003. Despite this, some British girls of Muslim parents are still being sent back to the countries of their parents' origin for this abusive procedure to be done. Many believe it is even performed secretly in this country.

"We will continue to spare no efforts with a final objective: ending female genital mutilations in one generation. Today, this goal appears closer than ever," said Cesare Ragaglini, UN ambassador for Italy, which has played a leading role in international efforts to eradicate the practice.

He called the UN resolution a "powerful tool" against widespread resistance because it would take condemnation and calls for new measures to another level. "It is up to us now to exploit it in a more effective way," Ragaglini said.