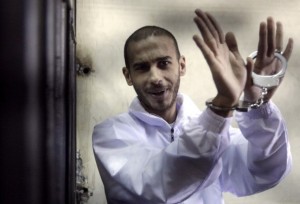 The International Humanist and Ethical Union (IHEU) has produced the first report focusing on how countries around the world discriminate against non-religious people. Freedom of Thought 2012: A Global Report on Discrimination Against Humanists, Atheists and the Non-religious has been published to mark Human Rights Day, Monday 10 December.

Freedom of Thought 2012 covers laws affecting freedom of conscience in 60 countries and lists numerous individual cases where atheists have been prosecuted for their beliefs in 2012. It reports on laws that deny atheists' right to exist, curtail their freedom of belief and expression, revoke their right to citizenship, restrict their right to marry, obstruct their access to public education, prohibit them from holding public office, prevent them from working for the state, criminalize their criticism of religion, and execute them for leaving the religion of their parents.

The report highlights a sharp increase in arrests for "blasphemy" on social media this year. The previous three years saw just three such cases, but in 2012 more than a dozen people in ten countries have been prosecuted for "blasphemy" on Facebook or Twitter, including:

"When 21st century technology collides with medieval blasphemy laws, it seems to be atheists who are getting hurt, as more of them go to prison for sharing their personal beliefs via social media," said Matt Cherry, the report's editor. "Across the world the reactionary impulse to punish new ideas, or in some cases the merest expression of disbelief, recurs again and again. We even have a case in Tunisia of a journalist arrested for daring to criticize a proposed blasphemy law!"

The United Nations Special Rapporteur for Freedom of Religion or Belief, Professor Heiner Bielefeldt, welcomed the research. In a foreword to the report Bielefeldt notes that there is often "little awareness" that international human rights treaties mean freedom of conscience applies equally to "atheists, humanists and freethinkers and their convictions, practices and organizations. I am therefore delighted that for the first time the Humanist community has produced a global report on discrimination against atheists. I hope it will be given careful consideration by everyone concerned with freedom of religion or belief."