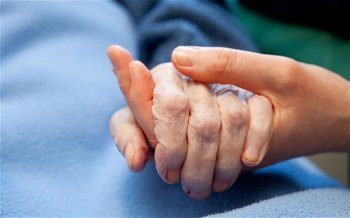 The Swiss Medical Lawyers Association has conducted a Europe-wide poll to discover attitudes to assisted dying. The results show that there is widespread and strong support for legalising it.

In almost all the 12 countries included in the poll, three-quarters or more of the respondents said people would be able to decide how and when they die.

Two-thirds to three-quarters said they could imagine opting for assisted suicide themselves if they suffered from an incurable illness or uncontrollable pain.

Germany and France are currently debating the issue. In Germany — where 87% of those polled supported the idea — there is a proposal to legislate in favour with the proviso that no profit should be involved.

Greece scored the least support at 52 per cent. Britain had a 71 per cent majority in favour of some sort of legislation. More than three-quarters throughout Europe said the procedure should only be carried out by doctors – and should not lose their licence if they helped someone to die.

The Swiss Medical Lawyers Association commented: "In practically all European countries, many signs indicate that the prevailing legal system no long reflects the will of large parts of the population on this issue."