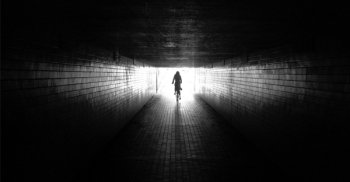 Almost half – 49 per cent – of those surveyed earlier this year by the Institute of Education, University of London believe that there is 'definitely' or 'probably' life after death. Only 31 per cent have said that they believe in God, either without doubts (13 per cent) or with some doubts (18 per cent).

Researchers at the IOE's Centre for Longitudinal Studies are canvassing more than 9,000 members of the 1970 British Cohort Study. The study, funded by the Economic and Social Research Council, is following a group of people born inEngland, Scotlandand Walesin spring 1970. It collects detailed information on many aspects of people's lives including health, wellbeing, and financial circumstances. The latest survey, at age 42, is being carried out between May and December.

While members of the 1970 cohort have been asked about religion at earlier points in their lives, the current survey is the first to make the important distinction between religious upbringing, affiliation, practice and belief.

An analysis of the first 2,197 responses shows that 32 per cent of interviewees were not brought up in any particular religion, and an equal number said they were raised in the Church of England. Fourteen per cent said they grew up as Christian (no denomination) and ten per cent as Roman Catholic.

However, when asked if they currently see themselves as belonging to a particular religion, 47 per cent said no, followed by 21 per cent who said the Church of England. Fifteen per cent felt they were Christian (no denomination) and seven per cent said they were Roman Catholic.

Seventy-four per cent of respondents reported never or rarely attending religious services, followed by 16 per cent who attend services less than once a month. Seven per cent attend services once a week or more.

Polling firms have been asking British adults about religion since the 1930s, and large-scale surveys such as the British Social Attitudes Survey and the British Household Panel Survey have included questions on religious practice and belief for the past 30 years. However, the current survey, being carried out by TNS-BNRB, could provide some deeper insights into why people believe what they do because the 1970 British Cohort Study has already amassed a vast amount of information on many other aspects of its members' lives.

Dr Alice Sullivan, the study's director, explains: "When you add information on belief to a rich dataset like this one you can start to understand why some people have certain beliefs while others do not. Is a particular belief linked to social background? Do religious beliefs change over time? Do people have apparently contradictory beliefs? We will aim to find out.

"You can also try to establish whether a religious belief really does increase a person's level of wellbeing and can separate out the different effects of church attendance and belief as many people with religious beliefs no longer attend Sunday services."

Professor David Voas, a quantitative sociologist of religion who is based at theUniversityofEssex, is equally excited about the possible insights that the IOE survey will throw up. He agrees that the study should provide a better sense of the characteristics of those with different types of belief. "The data on religion produced by the study's earlier surveys, in conjunction with the rich array of information on family, education and other characteristics and experiences, make a longitudinal dataset of this kind a particularly important resource," Professor Voas says.

"It will, for example, be possible to test a variety of hypotheses about belief in the hereafter. Previous cross-sectional, or 'snapshot', studies have suggested that people with high or low levels of education have 'conventional' views about God and life after death. 'Alternative' beliefs are associated with intermediate levels of education and partial religious upbringing. Hence, it is argued, exposure to ideas but not to the arguments for and against them might lead to unconventional beliefs."

Professor Voas also notes that popular films and television programmes dealing with the supernatural or alternative realities might encourage 'unreligious' beliefs in life after death. "Previous research has found that among young adults inBritain, belief in life after death is more than twice as prevalent as belief in God. At the same time, an appreciable number of old people believe the opposite. These important departures from what might seem to be religious or secular consistency require explanation. The findings of this current survey should help us to probe such issues and understand the process of religious change in modern societies."