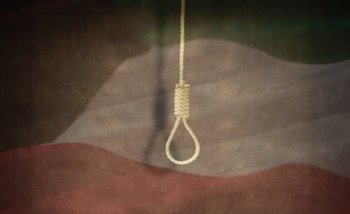 Kuwaiti MPs this week approved a law with a death penalty for Muslims who curse God, the Koran, all prophets and the wives of Islam's Prophet Mohammed. Non-Muslims who commit the same offence face a jail term of not less than 10 years, according to the bill.

Defendants who repent in court will be spared capital punishment but will get a jail sentence for five years and a fine of $36,000 or one of them, while repentance by those who repeat the crime is not acceptable, the bill says.

"We do not want to execute people with opinions or thought because Islam respects these people... But we need this legislation because incidents of cursing God have increased. We need to deter them," opposition MP Ali al-Deqbasi said during the debate.

Shiite MPs also demanded that the bill impose the death penalty on anyone who curses their sect's 12 revered Imams, but the Sunni-dominated parliament rejected their request.

The bill becomes effective after the government accepts it, the emir signs it and it is published in the official gazette within one month.

Shiite MP Abdulhameed Dashti said the bill was unconstitutional and against the principles of Islam. "Why are we trying to show Islam as a religion of death and blood when it is actually the opposite of that," he asked.

In March authorities arrested a Shiite man for allegedly cursing the Prophet Mohammed, his wife and some companions in a tweet. The suspect, Hamad al-Naqi, is being detained pending trial later this month.

Kuwaiti courts have in the past several months jailed activists from both sects over religious offences.