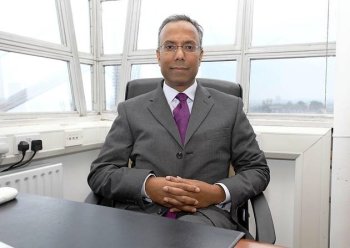 The mayor of one of Britain's poorest boroughs is providing £2 million of funding to religious groups to help refurbish places of worship.

The mayor of Tower Hamlets, Lutfur Rahman (right), has approved funding to offer assistance to faith communities to repair, adapt and improve buildings in which faith-based activities occur.

The option of offering grants exclusively to religious groups was preferred over an alternative option to make the fund available to all community buildings.

An equalities analysis justified the scheme under the Council's aim to promote good relations between different faith groups and non-faith groups. The council says the delivery of the scheme will be discussed with the Interfaith Forum to ensure that it brings benefits to the wider and non-religious community. One East End political blogger has predicted that the bulk of the money will go to small mosques and community centres that occupy former shops across the borough.

Due to drastic cuts across the entire public sector, Tower Hamlets needs to find £75m of savings by 2014. The funding for the Community Faith Buildings Support Scheme has been identified by the Mayor "from reserves".

Tower Hamlets is one of London's most impoverished areas and has been identified as the worst area in the UK for child poverty. The area has a dire shortage of affordable housing with over 22,000 on the waiting list and considerable over-crowding issues. Tower Hamlets recently announced significant cuts to it's community and advice services.

Earlier this month the mayor approved the sale of a Henry Moore sculpture in an attempt to claw back money lost in budget cuts. Mayor Lutfur Rahman said: "It is with considerable regret that I make this decision but I have a duty to ensure residents do not suffer the brunt of the horrendous cuts being imposed on us." The artwork was originally sold to the council by Henry Moore at a below-market price in the 1960s with the understanding that it would be placed in east London.

Mr Rahman is no stranger to controversy. He is reported to have close links to the extremist Islamic Forum of Europe (IFE). Following his election as Mayor in 2010, The Telegraph journalist Andrew Gilligan quoted a senior Labour Party figure saying that Rahman's personal control of the Tower Hamlets billion pound budget makes Tower Hamlets an "Islamic republic."

One local resident angered by the Faith Buildings Support Scheme told the NSS: "I totally object to this. This money should be spent on schools and other essential services that benefit the whole community. This feels more like a redistribution of public money, ahead of an election, to a particular section of society, aimed at currying favour and securing votes."

Stephen Evans, campaigns manager at the National Secular Society, said: "Government cuts are hitting the people of Tower Hamlets especially hard. In such an impoverished area that faces so many challenges, one has to wonder if Mr Rahman has got his priorities straight. If money is going spare it should be made available to all local community groups equally, but the local authority certainly should not be prioritising the funding of religious activities and practices in this way."