New calls from Islamists for international blasphemy law at UN 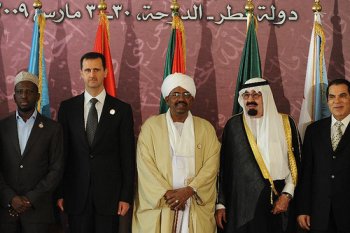 Soon after the Organisation of Islamic Co-operation (OIC) announced that it had abandoned its plans to persuade the UN to impose a global blasphemy law, the Arab League has stepped in to take up the cry.

On Wednesday, the head of the Arab League, Nabil Elaraby, spoke at the UN Security Council during a debate on Syria. He called on the international community to criminalise blasphemy, warning that insults to religion pose a serious threat to global peace and security.

Elaraby told the U.N. Security Council that if the west has criminalised acts that result in bodily harm, it must also criminalise acts that insult or cause offense to religions. He condemned the violence that erupted throughout the Muslim world in response to an anti-Islam film produced in theUnited States. But, he said that unless blasphemy laws are enacted and enforced, similar incidents could happen again.

"While we fully reject such actions that are not justifiable in any way, we would like to ring the warning bell," Elaraby said. "We are warning that offending religions, faiths and symbols is indeed a matter that threatens in international peace and security now."

"If the international community has criminalized bodily harm, it must just as well criminalize psychological and spiritual harm," he said. "The League of Arab States calls for the development of an international legal framework which is binding ... in order to confront insulting religions and ensuring that religious faith and its symbols are respected."

Elaraby maintained that the 21-member Arab League valued freedom of speech but stressed that "we don't see any relation between freedom of expression which aims at enriching culture and building civilization [on] the one hand and activities that merely offend and insult the beliefs, culture and civilization of others."

Individual members of the Arab League, including Egyptian President Mohammed Morsi, have issued similar calls. And last Saturday, the King of Saudi Arabia joined the chorus with another demand for an international blasphemy law.

King Abdullah bin Abdulaziz said: "I demand a UN resolution that condemns any country or group that insults religions and prophets," he reportedly said. "It is our duty and that of every Muslim to protect Islam and defend the prophets."

Abdullah also stressed the important of the "unity of the Islamic nation...to face the nation's enemies."