Muslim radio station fined £4,000 for saying homosexuals should be tortured and beaten up 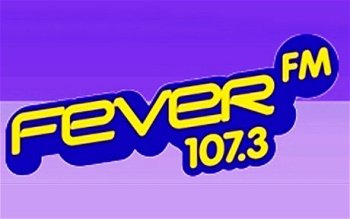 A Muslim radio station in Leeds has been fined £4,000 by the media regulator Ofcom after one of its presenters said that homosexuals should be tortured and beaten up.

"What should be done if they do it? [practise homosexuality]. If there are two such persons among you, that do this evil, the shameful act, what do you have to do? Torture them; punish them; beat them and give them mental torture. Allah states, 'If they do such a deed [i.e. homosexuality], punish them, both physically and mentally.

"Mental punishment means rebuke them, beat them, humiliate them, admonish and curse them, and beat them up. This command was sent in the beginning because capital punishment had not yet been sent down."

The following day she said:

"What happens when a Muslim man or woman gets married to a Mushrak [a follower of another religion]. Listeners! Marriage of a Muslim man or woman with a Mushrak is the straight path to hellfire. Have my sisters and brothers, who live with people of bad religions or alien religions, ever thought about what would become of the children they have had with them – and the coming generation?

She was on air while giving her interpretation of a Qur'anic verse and Ofcom got an independent translation from the original Urdu into English.

Ofcom said it regarded the comments as serious breaches of the broadcasting code and therefore a financial penalty should be imposed.

Despite the severity of the breach, the regulator said that it "would not be appropriate to shorten, suspend or revoke Radio Asian Fever's licence".

Responding to the fine, Jabbar Karim, Managing Director at Asian Fever radio, said: "We at Fever FM would like to sincerely apologise to the gay community and to everyone else who have found this news disturbing. This was a one-off incident which will never be repeated."

Read the Ofcom ruling in full