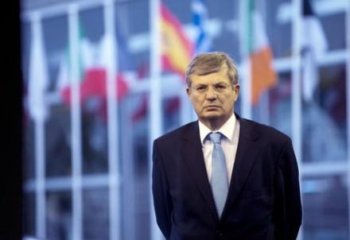 On Tuesday, Members of the European Parliament examined Tonio Borg's bid to join the European Commission. Alarm has been raised about Mr Borg's performance in his home country of Malta, where he has opposed women's rights, gay rights and issues such as contraception and abortion. His Catholicism is conservative and this has informed his track record so far.

MEPs grilled the Maltese politician for three hours on his views and political record. Mr Borg insisted that he would observe all the conventions of the European Commission and honour the commitment to human rights. All the same, MEPs express very mixed feelings about his bid to take the public health, environment and consumer protection portfolio. Some questioned Borg on reports that he had adopted stances against abortion and gay cohabitation.

Borg denied the claims repeatedly. On abortion, he said that under the EU Treaties, issues surrounding abortion remain firmly within the competencies of the member states, but he said he would act as a European Commissioner, rather than a Maltese one. He said 14 years ago he was criticised in Malta for refusing to condemn as illegal the actions of a young woman who travelled to the United Kingdom for an abortion.

On issues relating to gay cohabitation, Borg said that he had helped to initiate rules in Malta designed to enable same-sex cohabitants to register their interests and had beefed up protections against homophobic crimes.

Sirpa Pietikäinen MEP (EPP), vice-chair of the Committee on Environment, Public Health and Food Safety, said: "Fundamental rights are not a matter of subsidiarity, they are universal. None of them are to be neglected or considered outside the competence of the EU, and I hope Mr Borg will abide by his unreserved commitment to these universal rights."

NSS honorary associate Michael Cashman MEP remarked: "I do remain concerned about Tonio Borg's track record. But given the reassurances he has given us on fundamental rights, I believe we could entrust him with the public health portfolio, and hold him strictly to account on the commitments he made tonight. He said his door would 'always be open', so we should immediately work on issues such as blood donation for gay men, the depathologisation of transgender people, and sexual and reproductive health rights."

Another NSS honorary associate, Sophie in 't Veld MEP, said: "He gets a clear 'no' from me Tonio Borg said he won't abandon his views, and I'm very much opposed to them – his Europe isn't my Europe. The Parliament cannot ask the Commission to press ahead with better fundamental rights, and then vet a Commissioner with very different views."

Green MEPs Ulrike Lunacek and Raül Romeva said: "Even though Mr Borg brandished subsidiarity and the treaties when asked about his personal views, we don't trust him to go beyond the strict minimum and actually defend the Charter of Fundamental Rights, rather than simply abide by it. The Commission must not only respect minimum standards; it must set these standards – and set them high. We do not trust him to work for all EU citizens regardless of their gender and of their sexual orientation."

Dennis de Jong MEP, Member of the Committee on Internal Market and Consumer Protection, said: "Mr Borg appeared to be competent, but he fell short of expectations when he refused to endorse the horizontal anti-discrimination Directive, which the Commission proposed in 2008, and which all Commissioners stand by. Avoiding concrete answers on legal proposals is a very negative sign."