Italian Catholic Church to pay property tax from next year 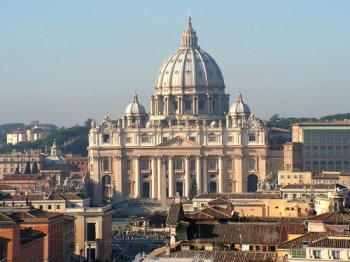 Italy's Catholic Church will be forced to pay taxes starting in 2013 after the EU pressured the country's government to pass a controversial law stripping the Church of its historic property tax exemption.

The Catholic Church in Italy is excluded from paying taxes on its land if at least a part of a Church property is used non-commercially – for instance, a chapel in a bed-and-breakfast. "The regulatory framework will be definite by January 1, 2013 – the start of the fiscal year – and will fully respect the [European] Community law," Italian premier Mario Monti's government said in a statement on Tuesday.

On Monday, the Council of State, Italy's highest ranking court for administrative litigation, ruled against the new law. Authorities stepped in, arguing that everyone in Italy should pay property tax, including the Church.

The measure came after the country's leadership decided in February to alter Italy's property tax code, ending the Church's longstanding privileges due to the severe debt crisis.

Last December, after new austerity measures were adopted in the country, 130,000 Italians signed an online petition urging the government to strip the Church of its tax exemption.

"It was time that they paid, too, with all the exemptions they've had throughout the years," Marco Catalano, a 35-year-old shopkeeper in Rome, told the New York Times in February, adding that he goes to church twice a month. "They own the most beautiful buildings in downtown Rome, on Italian soil, and rent them out at market prices. They don't give them for free or at low prices for charity."

Two years ago, the EU began to investigate whether the tax privileges of some Church properties in Italy could be considered illegal state aid.