French Government sticks to secular principles in dealings with Vatican 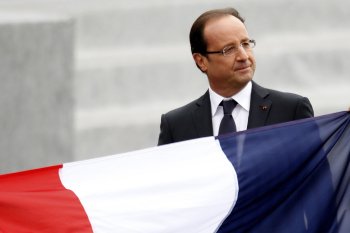 The new socialist Government in France is strictly observing the nation's secular etiquette in relation to its dealings with the Vatican.

Instead of the President, Francois Hollande, attending the "canonisation" of a French Jesuit in Rome last week, the Government sent Manuel Valls, interior minister with a responsibility for relations with religion. This contrasts with the former President Nicolas Sarkozy who seemed unable to keep away from the Vatican and made many much-hyped trips to Rome.

However, in line with tradition, President Hollande has accepted the honorary title of canon of the Basilica of Saint John Lateran – a title bestowed by the Vatican on each head of the French state since the fifteenth century (presumably as a means of emphasising the importance of the Church in French politics). But Monsieur Hollande has made clear he has no intention of going to the Vatican to be "installed".

Manuel Valls also confirmed to the Vatican's Foreign Minister that his Government intended to go ahead with the legalisation of same-sex marriage despite Church opposition.