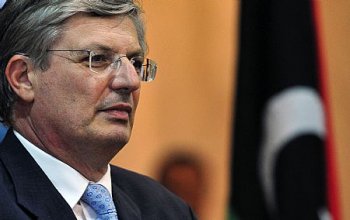 Secular groups around Europe are preparing to oppose the nomination of the Maltese Foreign Affairs Minister Tonio Borg to replace the recently resigned European Commissioner for Health and Consumer Protection.

The European Humanist Federation (EHF), to which the NSS is affiliated, said in a statement this week:

"Despite Tonio Borg's well-known stands against women's, LGBT's and migrants' rights, President José Manuel Barroso approved his nomination. It still has to be agreed by the European Parliament and European Council.

"We believe that this candidacy is clearly damaging for Europe and seriously concerning for the quality of health services enjoyed by those millions of European citizens."

EHF President Pierre Galand wrote to Mr Barroso, President of the European Commission, to express these concerns. In his letter he says:

"As stated in Article 2 of the TEU, the European Union has always been deeply committed to the promotion of human rights, in particular the rights of minorities, and also common European principles such as equality between men and women and non-discrimination.

"There are serious doubts as to whether Mr Tonio Borg shares this commitment. As Minister of Justice in Malta, he repeatedly and vigorously opposed women's sexual and reproductive rights and even campaigned in 2004 to constitutionalise the abortion ban in his home country.

"In 2011, he also strongly opposed the legalisation of divorce in Malta. In addition, he has openly expressed contempt for the LGBT community and opposed the recognition of the rights of homosexual co-habiting couples in the Maltese Parliament in 2009. Finally, as Home Affairs Minister, he clearly failed to protect the rights of illegal migrants. Despite several calls from human rights organisations, he oversaw in 2001 the deportation of more than 200 Eritreans back to Eritrea where several of them were eventually tortured and killed.

"Given the strong commitment of the European Commission to protecting and promoting human rights and non-discrimination, we are therefore extremely concerned to note that you approved Mr Borg's candidacy as European Commissioner for Health and Consumer Protection. We believe this candidacy is clearly damaging to the image of Malta in the European Union and is also an ambiguous signal coming from the institution over which you preside.

"We are strongly convinced that other candidates, who better reflect European values, could be appointed by Malta for the Health and Consumer Protection portfolio. We therefore respectfully ask you to support any initiative in that direction and reconsider Mr Borg's candidacy."

Pierre Arnaud Perouty, director-general of Belgium's Centre d'Action Laïque, told the MaltaToday newspaper why his organisation will be joining the initiative against Borg's appointment to the Commission.

"This candidacy is certainly very bad for the image of Malta in Europe," he said. "Not only did Malta fail to send a single woman to the European Parliament, pass a law to legalise divorce as late as 2011, and still has the most restrictive law on abortion in Europe: it is now proposing a person with totally outdated patriarchal views on women, and a long record of homophobic positions."

"It is hardly conceivable that a person who opposed women's sexual reproductive health rights so strongly, would take command of the Health and Consumer Protection portfolio in the European Commission. It is also an ambiguous signal from the Commission, given its strong commitment to women's rights and non-discrimination."

Similar objections have already been raised by political blocs represented in the European Parliament. The European Greens have declared they will not support Borg's nomination, and the Liberals are understood to share similar reservations.

With the European People's Party (a platform Christian Democrats from 40 nations of which Borg's party is a member) welcoming his nomination, this leaves the decision largely in the hands of the European Socialists... whose president, Hannes Swoboda, has already publicly aired misgivings.

"In view of some comments from Mr Borg on the rights of homosexuals we intend to question him closely on whether his views are compatible withEurope's fundamental values on civil liberties and non-discrimination."

In a MaltaToday blog, Raphael Vassallo wrote: "Many MEPS were horrified to learn that the man proposed to administer the European health (!) portfolio not only firmly believes that women should be imprisoned for procuring an abortion ... but even spearheaded a campaign, in 2004, to entrench that same disgusting law into the Constitution... just to make sure that his own mediaeval views on the subject become permanently fossilized, and continue to be foisted, without discussion, on generations of future (unborn) citizens."

Terry Sanderson, President of the National Secular Society, said: "We strongly oppose Mr Borg's nomination. That President Barroso reportedly endorsed the nomination of someone so opposed to fundamental rights for such a sensitive appointment beggars belief, and I hope he will be held to account for this. We certainly hope that the protests about Mr Borg's nomination will snowball and that his candidacy will go the same way as Buttiglione's did. The prospect of his taking up this post is horrific.

"That Mr Borg succeeded even this far is a stark warning of the need to fight back against the growing assault by religious conservatives on Human Rights, particularly those affecting women, LGBTs, start and end of life questions and bio ethics."

You can write to your MEP to alert her or him to this situation through this site.