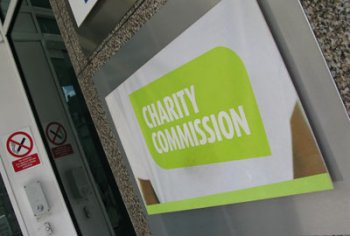 Nick Hurd, the Government minister for civil society, fended off a barrage of criticism this week over the Charity Commission's decision not to grant charitable status to the Plymouth Brethren.

In a debate in Westminster Hall about the use of the public benefit test for religious charity registrations. Christian MPs lined up to express their anger at the Charity Commission. Robert Halfon, Conservative MP for Harlow, called for an inquiry into the Commission's decision and said it "puts the tax status of hundreds of charities in doubt".

He said: "The Brethren are trying to deal with Her Majesty's Revenue and Customs on the question of how each hall should communicate with its donors—thousands of people making donations with gift aid declarations, and making claims with their self-assessment returns. The charities do not know what to tell them. What has happened is unjust and inconsistent and is creating fear in many churches, not just in Harlow but across the country."

Last Monday Halfon, Fiona Bruce, Conservative MP for Congleton and Stephen Pound, Labour MP for Ealing North had a meeting with William Shawcross, Charity Commission chair. Pound said Shawcross had "sought to reassure us that there is no anti-Christian bias in the Charity Commission, although I suspected some of us were slightly more convinced than others".

Stewart Jackson, Conservative MP for Peterborough said: "This is about a battle, about the secularisation of society and about calling a spade a shovel, which is quango activism," he said.

Throughout the debate the Commission was subject to a tirade of abuse from some of the 40 MPs who attended. They called it "'Rotten', 'discriminating', 'a bureaucratic bully crushing the little guy', 'a hidden agenda', 'unjust', 'inconsistent', 'arbitrary', 'a wolf in sheep's clothing'.