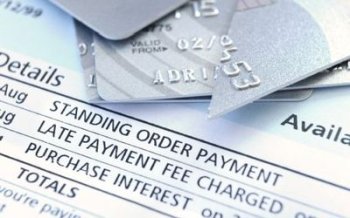 A Christian debt counselling organisation that offers prayers with its advice is spreading rapidly throughout the country.

Christians Against Poverty (CAP) has opened up 21 new debt counselling centres in churches across the UK – bringing its total up to 218. New centres have been established in Glasgow, Magherafelt in Northern Ireland, the Isle of Wight and Chester.

Last year, CAP "parted company" with Advice UK, the umbrella organisation that provides support to community groups offering free advice, after it was discovered CAP was offering prayers with the counselling it provided.

Christians Against Poverty was told that its membership of Advice UK was incompatible with the constitution that states that advice should be impartial and offered with no strings attached.

At the time, Christians Against Poverty said in a statement: "Whilst CAP is committed to provide impartial help and advice to all members of society, as an expression of our care for clients we do offer to pray with people. We also have the furtherance of the Christian faith as a charitable objective. In order to protect the integrity of both organisations it was amicably agreed that CAP would not continue to be an Advice UK member."

As CAP expands, the Citizens' Advice Bureau — which offers its services on a neutral basis — is closing branches after local authorities have run out of money to subsidise them.

Terry Sanderson, president of the National Secular Society, said: "This is another example of the Big Society in action. If you want services, then you may have to pray to get them. I don't suppose CAP would turn people away on the basis that they refused to participate in prayers, but no doubt there are other organisations that would. And adding the world 'Christian' to the title would immediately discourage some members of the community from approaching them – perhaps very vulnerable people who really need debt advice."

Mr Sanderson said it was essential that the Government provide some sort of framework for service-providers — at least those using public money — to ensure that services were free from discrimination and religious demands.