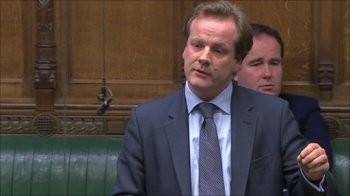 Conservative MP Charlie Elphicke (right) has accused the Charity Commission of trying to suppress religion and predicted that the Plymouth Brethren case, where the organisation has been refused charity status, will be the first of many.

Elphicke, a member of the Public Administration Select Committee, made the comments at a PASC hearing on public benefit and charitable status on Wednesday.

Elders from the Plymouth Brethren, an exclusive and evangelical Christian sect, had been giving evidence about the Charity Commission's refusal to continue their charitable status when Elphicke asked them if they thought the Commission was "actively trying to suppress religion in theUK, particularly the Christian religion".

Elder Garth Christie responded: "I think we would share those concerns."

Asked by Elphicke whether the elders thought the Charity Commission's actions amounted to incompetence, or deliberate wickedness, Christie said: "It does seem very odd."

Labour MP Paul Flynn said it was ridiculous to suggest Christians are discriminated against in this country, given the immense position and privilege enjoyed by the Church of England.

But Elphicke told the elders: "I think they [the Commission] are committed to the suppression of religion and you are the little guys being picked on to start off a whole series of other churches who will follow you there."