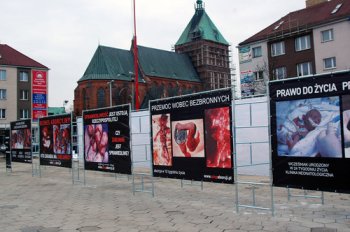 Poland's harsh anti-abortion laws were condemned this week by the European Court of Human Rights after an almost unbelievably callous series of events were inflicted on a teenage victim of rape.

The girl — who was 14 when she was raped in 2008 — became pregnant and tried to have a termination but was forced into hiding after harassment from anti-abortion groups led to her being turned away from hospitals.

Terminations are only permitted in Poland in cases of rape, incest or when the life of the mother or foetus is in danger. The girl, known only as "P", obtained a certificate from the public prosecutor confirming that her pregnancy was due to rape.

The girl went to two different hospitals in the southern town of Lublin where she lived. At the first one, a Roman Catholic priest tried to persuade her to keep the baby. The hospital then issued a press release announcing that they had refused to perform the procedure. This resulted in her being targeted by anti-abortion fanatics who made the case public.

She then travelled to Warsaw, where the hospital said that they were under pressure not to help her. The court documents say the girl and her mother left the hospital "feeling manipulated and helpless", after which they were harassed by pro-life groups and eventually taken in for several hours of police questioning.

The authorities then accused the mother of trying to force her daughter into having an abortion and had "P" placed in a juvenile shelter.

The girl eventually had the abortion in Gdansk after the Ministry of Health intervened in the case.

In their ruling, which is subject to appeal, a panel of judges at the European Court of Human Rights found that there had been numerous breaches of the girl's rights.

The court found that she should have had unhindered access to lawful abortion and that the details of her case should not have been made public by hospital authorities. The Polish state was ordered to pay the teenager and her mother 61,000 euros (£49,000) in compensation.

The Catholic Church is relentless in its opposition to any relaxation of the abortion laws in Poland– the strictest in Europe. Its tactics, as in this case, are often pitiless towards desperate women who want terminations. Its influence is such that it can pressure hospitals to turn women away even when they qualify on one of the very limited legal grounds.

The topic of abortion is a constant cause of controversy in Poland, with liberal pro-abortion groups arguing that the Church should be removed from political influence.