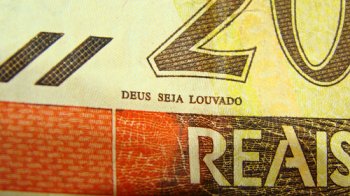 A public prosecutor in Brazil is calling for the removal of references to God from Brazilian banknotes. Jefferson Dias argues that the country is a secular state and that the phrase "God be praised" disregards the rights of non-Christians.

Brazil's public prosecutor's office is separate from the executive branch of government and it is supposed to defend the social and individual rights of citizens as well as serving as a watchdog over the government.

Dias says the fact most Brazilians are Christian does not justify the "violation of the fundamental rights of those that follow different religions or do not believe in God".

The move is being opposed by one of the largest evangelical churches in Brazil. A spokesperson for the church said: "God must be praised all the times and everywhere."

Brazil's strictly secular constitution recognises and protects religious freedom, and does not grant special recognition to any particular faith. Despite religious diversity increasing dramatically in Brazil over the last three decades, the country's secular framework has ensured minimal inter-communal or state-religion conflict. Schools run by religious groups do not receive state funding.

Meanwhile, in the United States, citizens are getting behind a petition to the White House calling for the removal "In God We Trust" from the U.S.currency and the removal of "under God" from the Pledge of Allegiance.