Only a small minority of Arabs “profoundly religious” finds poll 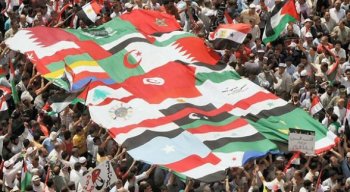 The poll also found that even those who are profoundly religious are not opposed to democracy as a political system.

The survey was conducted by the Doha-based Arab Center for Research and Policy Studies (ACRPS).

For nearly half of the Arabs questioned, being religious means not just worship, but good social behaviour and fulfilling the responsibilities towards society. However, just under half of the respondents — 49 percent — still define religion as offering prayers and other spiritual obligations.

A majority of those surveyed — 71 percent — said they don't discriminate between religious and non-religious people in their daily dealings, while 26 percent showed a preference to religious people. Nearly half of the respondents said the best political system is one that fulfils the basic requirements of the people. For 29 percent of the people, the best government is one that protects the sovereignty of the country.

Thirty-five percent of the respondents felt that religious and political freedom is a necessary pre-condition for democracy.