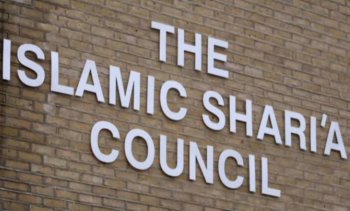 Peers in the House of Lords have expressed overwhelming support for a bill to limit the power of self styled 'religious courts'.

The Private Members' Bill, introduced by Baroness Cox and co-sponsored by the National Secular Society, tackles the problem of gender discrimination in Arbitration Tribunals and the growing threat of alternative quasi-legal systems which undermine the fundamental principle of one law for all.

One study found that there are around 85 Sharia bodies operating in Britain, although there is no official estimate. They include arbitration tribunals making much of their ability to enforce their decisions in English law. Such tribunals were original conceived to resolve financial disputes, but are now being adopted by these Muslim tribunals which operate using Islamic legal principles and which have taken on a wider range of cases including divorce, child custody and even criminal matters which are outside their legitimate remit.

The Arbitration and Mediation Services (Equality) Bill would create a new criminal offence of 'falsely claiming legal jurisdiction' for any person who adjudicates upon matters which ought to be decided by criminal or family courts.

"Awareness of the need for the Bill arose from mounting evidence of serious problems affecting some women in this country from the application of Sharia law. I immediately reassure your Lordships that I am not anti-Muslim. Indeed, I am deeply concerned that Muslim women enjoy their full legal and civil rights under the law of this land. If women from other faiths experience comparable problems of systematic discrimination, the provisions of this Bill would also be available for them as it does not name any religion."

Baroness Cox then told the House of cases she had encountered including a woman who had been admitted to hospital by her violent husband who had left her for another woman but still denied her a religious divorce so she could remarry.

Another woman was forced to travel to Jordan to seek permission to remarry from a seven-year-old boy whom she had never met because she had no other male relatives, she said.

A third who came to see her was so scared of being seen going in that she hid behind a tree while another told her: "I feel betrayed by Britain, I came to this country to get away from all this but the situation is worse here than in my country of origin."

Baroness Cox said: "These examples are just the tip of an iceberg as many women live in fear, so intimidated by family and community that they dare not speak out or ask for help."

Lord Eden of Winton clearly touched a nerve when he warned that:

"For all our citizens we must be alert and active in protecting and preserving the very foundation of our civilisation – namely, equality of treatment under the law. It is to that end that the Bill is dedicated. I hope that it gets a favourable wind to carry it forward to the statute book."

Lord Carlile was similarly to the point:

"I believe that if one child in this country is taken away from his or her mother because of a religious doctrine and placed with what are essentially strangers, possibly in another country, that is a fundamental flaw in our law and it should not be allowed. That is something that the noble Baroness seeks to address."

"As long as some women live in fear and are trapped in their situation, we should act. The Government may well feel that this Bill is unnecessary as the law in this area is adequate. I would argue that turning a blind eye to fear and exploitation is not adequate. I do not believe that this is confined to Sharia law or the Muslim religion. These parallel laws that discriminate against women exist, sometimes, in other religions. It is important to emphasise that this is not an attack on one particular religion or, indeed, on any right to worship."

Arbitration and mediation in resolving differences in religious communities is fine if carried out on the basis of equality between all parties. Today, laws, codes or social practices that seek to perpetuate discrimination against women in any society are no longer acceptable.

Lord Kalms of Edgware echoed Lord Eden in his contribution to the debate:

"The substance of the Bill is straightforward, and it should be acceptable to all Members of this House. It is this: that the law of the land is, and must remain, paramount; no law should ever override or sit above the law of this land; and, while amendments can and will be made to our laws, the fundamental bedrock principles on which our legal system is based not only cannot but must not be open for negotiation. Among our absolutely non-negotiable principles must be the principle of equality before the law. This hard-fought-for concept of one law for all remains among the greatest achievements not only of our country but of humankind. Any court not abiding 100% by the law of the land has no more status than a kangaroo court."

"Today this House has an opportunity to make a stand and draw a firm line. It should be this: that no British citizen should ever sit before a court or judge whose basic principles are in opposition to the most cherished principles of this country and its law. Whether we have the confidence to draw this line clearly will not only affect the issue of integration in this country, it will send out a signal about the kind of country we and our children would wish to live in."

"We on these Benches will dedicate ourselves to finding legislative or other solutions to the discrimination that has been outlined."

The only opposition to the Bill came from the bench of bishops and the first female Muslim in the House of Lords, Baroness Udin.

The Bishop of Manchester urged "extreme caution" in proposing legislation, arguing that the functioning of religious courts in the UK required "greater discussion and research".

Baroness Udin echoed the bishop's comments saying the Bill would be viewed as "another assault on Muslims".

Despite overwhelming support in the Chamber, Conservative peer Lord Gardiner of Kimble, representing the Government, told the House that the Government remained unconvinced that there is a need for a change in the law.

Clearly following a pre-prepared script and failing to address any of the issues raised during the debate, he angered even peers on his own benches by his refusal, arguing that communities and community organisations must give a lead in ensuring rights of all citizens are understood and protected. He said the Government was committed to working with communities and faith groups to take this forward.

Baroness Cox concluded however that:

"The Government do not seem to recognise the very real existence of an enormous disparity between the de jure situation and the de facto reality that causes such problems for so many women in this country today."

In tribute to Baroness Cox, Lord Carlile QC said he thought that the debate had been as well informed as any debate that occurs on a Private Member's Bill.

The National Secular Society is working with Lady Cox to press the Government on the important questions posed during the debate.

Keith Porteous Wood, Executive Director of the National Secular Society said: "The degree of support for this Bill was extremely encouraging with moving speeches from one peer after another from all sides of the House. Sadly, this did not include the Bishops Bench where the established church seem predictably more preoccupied with supporting religious law then concerning itself with the rights of vulnerable women who do not have a voice. This applies also to the Government, whose lack of concern for them was shameless. If instead, we had been talking about non-consensual polyandry being forced on Asian men in this country, or the inability of white men to obtain divorces even when there was domestic violence, this would not have been a private members' Bill being considered as the very last business of the week.

We will be building on the considerable support expressed during the debate, including by the opposition frontbench."

Read the debate in full Hansard