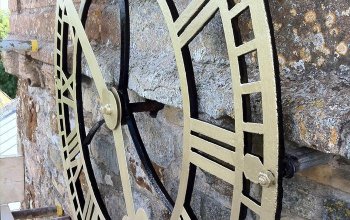 The Government has announced that it has no intention of changing the law on chancel repair liability – leaving tens of thousands of home-owners with houses that are potentially unsaleable.

The announcement was made during an adjournment debate last night called by Mid-Worcestershire MP Peter Luff. Mr Luff has many constituents affected by chancel repair liabilities – an ancient church tax law dating back to the dissolution of the monasteries. During the debate Labour MP and NSS honorary associate Nia Griffith joined calls for the Government to consider phasing out the chancel repair liability.

Keith Porteous Wood, executive director of the National Secular Society (NSS), who was present at the debate, said: "It is quite clear that the Government is reluctant to remove this liability from homeowners – many of whom were unaware of it when they purchased their property - because it would then be liable to compensate the church out of its own resources."

The NSS has written to Justice Minister Helen Grant asking the government "to implement the recommendations of the Law Commission in 1985 which said that 'Chancel repair liability arising from the ownership of land should be abolished after ten years'."

"This church tax could potentially result in the financial ruin of tens of thousands of householders, and we call on the Church of England to reaffirm publicly that it will stand by its 1982 decision and not oppose the phasing out of chancel repair liability."

The registration of homes caused a revolt earlier this year in the chocolate box Cotswold village of Broadway where furious residents forced the Church to withdraw registration.

Mr Porteous Wood added that the "In 1982 the General Synod of the Church of England overwhelmingly supported a motion accepting that chancel repair liability should be phased out. However it is not clear whether they would still take this principled stance as they have more recently financed a court case right up to the House of Lords which concluded that such demands were lawful. The Court of Appeal had earlier described this quasi church tax as 'taxation' as well as being 'arbitrary' and 'disproportionate' – and ruled it was unlawful as breaching the landowners' human rights".

He explained that "compulsory registration of these liabilities is now making clear which properties are affected, and because of the open-ended nature of the liability, the majority will be unsellable. Even though purchasers should have been aware of the liability, most will have reasonably assumed that after several centuries such claims would not be resurrected.

After the dissolution of the monasteries landowners took over the liabilities to repair Anglican churches, but the Church did not seek to recover costs for many centuries, until 1994. Then the Parish of Aston Cantlow in Warwickshire sought to claim the cost of repairs from a local farm. The case was fought to the House of Lords but ultimately ruined the landowner as the costs escalated to half a million pounds.

This case created a precedent and has resulted in house sellers having to buy insurance policies to indemnify purchasers from future liabilities. Until now the premiums have normally cost £100 to £200.

Because of the paucity of information going back to the 16th century, parishes seeking to recover these liabilities have been given 10 years to register their claims against each property at the Land Registry. The 10 year period expires in October 2013. Already 8,000 properties have been registered, and it is expected that by the deadline the total will be nearer 30,000.

For those whose properties are registered by the Church, the consequences are potentially catastrophic as the properties, mainly domestic houses, may become unsellable as the amount the church can recover for repairs is unlimited. The Church is able to recover the whole cost of the repairs from anyone liable (as happened in Aston Cantlow) and has no duty to spread the cost equitably.