Nearly half the population don’t have much faith in priests 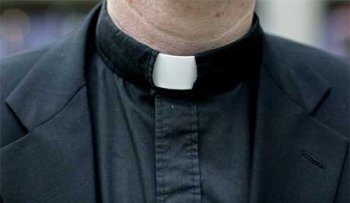 A new poll shows that ministers of religion and priests enjoy a lower standing in Britain than in Canada or the United States.

Whereas 76% of Americans and 66% of Canadians have a great deal or a fair amount of respect for the clergy, the same is true of only 54% of Brits (marginally down on two previous polls, 57% in August 2009 and 56% in July 2010). Of 25 professions evaluated, ministers and priests ranked joint sixteenth (with actors and artists) in Britain, well behind nurses (93%), doctors (90%), scientists (88%), and engineers and veterinarians (both on 86%). Still, at least the men and women of the cloth outperformed journalists (20%), bankers and politicians (each on 15%), and car salesmen (14%).