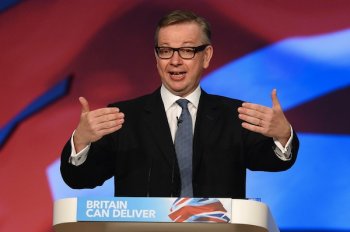 Education Secretary Michael Gove has applied to intervene in a judicial review considering the legality of a new Catholic school proposed for the London Borough of Richmond upon Thames.

The case has been brought by Richmond Inclusive Schools Campaign (Risc) supported by the British Humanist Association and argues that Richmond Council failed to comply with new legislation that requires an authority to invite proposals for an academy if a new school is needed.

The council insists that it carried out its legal obligations properly and that its decisions about the new school were lawful. Michael Gove agrees with the council and seeks to make his case to the court.

He said when a local authority is considering a proposal for a new school it is not under a duty to invite proposals for an academy before lawfully being able to approve the proposal.

Despite objections from the local community, the council's cabinet in May agreed the Clifden Road site should be used for a five-form Catholic secondary school and a one form Catholic primary school, and approved proposals for two new voluntary aided schools from the Diocese of Westminster.

In a statement, Lord True, leader of the council, directly addressed the chairman of Richmond Inclusive Schools Campaign, Jeremy Rodell. He said: "It is high time Mr Rodell showed some appreciation of the worries of those parents. In the light of this development, he should now tell his national leaders in the BHA to stop using Richmond children as playthings in their ideological campaign to stop church schools."

Mr Rodell said: "People can draw their own conclusions from the aggressive tone of Lord True's statement. Unfortunately, much of what he says is simply untrue or misleading. The impression is that he does not really care whether the council has acted unlawfully or not, provided he gets his own way. We have no plans to abandon the case. It is the council that has failed to compromise."

Lord True is a trustee of the Sir Harold Hood Charitable Trust, the stated aim of which is "to benefit Roman Catholic Charitable purposes".