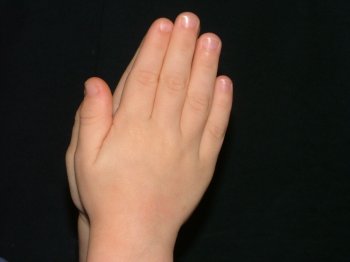 A young Irish atheist has made an official complaint after his school forced him to attend a multi-denominational prayer service. 16-year-old Nathan Young has complained to the Irish Human Rights Commission that his vocational education committee (VEC) school breached his human rights.

Nathan is a student at Borrisokane community college in Tipperary. He has demanded that the school principal apologise and promise not to make religious events mandatory for students in the future. VEC schools refer to themselves as multi-denominational or non-denominational.

Nathan told the Irish Sunday Times that he will continue to attend the school because he thought students were "free from others forcing their ideas upon them." He said he could not understand how the community college could allow "religion to call a halt to normal school activity, with full support from the staff."

The report says that Young had asked his class tutor on Tuesday if he could opt out of the prayer service in the school's canteen and the teacher relayed his request to principal Matthew Carr. The paper says that Young was later informed by his tutor that the principal had said "everyone has to attend."

He was refused permission to leave the service by the acting deputy vice-principal who told him it was a 'multi-denominational event for all religions'. Young disputes a claim by one of the religion teachers who wrote the service's programme that it was for 'Christians or atheists or agnostics or whatever'. He claims God was mentioned 28 times and Jesus six through-out the service, which included three hymns, two Bible readings and references to baptism and the Eucharistic Congress.

He said: "A prayer of the faithful described the students as a "Christian community. We shouldn't have to be told vicarious redemption stories some of us believe to be false. Although they are the majority, the Christians have no right to claim the entire school community as theirs or to force people to join their hollering.

"The school's few agnostic and atheist students should have been given the option of not attending, as should the even fewer Buddhists and assorted spiritualists, and of course Christians themselves."

Principal Carr told the Sunday Times he had not yet read Young's correspondence and declined to comment on whether the school had committed a breach of the student's human rights.

"We have a prayer service to mark the beginning of the school year and students are expected to attend," said Carr. "We are a multi-denominational school but the majority of students would be Catholic or Protestant.