Fiji to separate church and state 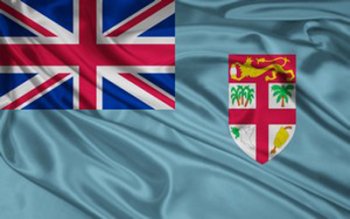 The separation of church and state proposed in Fiji's new constitution will not be challenged by the Diocese of Polynesia.

A Constitution Commission led by Prof Yash Ghai has initiated a public review for the proposed constitution, soliciting comments from civic society leaders, and has also sought to explain to the predominantly Christian nation what separation means. "This doesn't mean that the State is anti-religion but just a feeling that the function and responsibility of religion of beliefs within societies should be separated from the functions and policies of the institution of the State," he told the Fiji Times.

The Vicar General of the Diocese of Polynesia, the Rt Rev Apimeleki Qiliho told The Church of England Newspaper the diocese had not made a formal submission to the commission. In 2006 Commodore Frank Bainimarama led a military counter coup that toppled a civilian coup. The country's Court of

Appeal in 2009 ruled the coup illegal, prompting President Josefa Iloilo to dismiss the court and abrogate the constitution.

Commodore Bainimarama announced that a new constitution would be presented to the country in 2013 that would guarantee the separation of church and state remove the ethnic-based seats in parliament, lower the age of voting to 18, and create an upper house, or senate, for parliament.