Christians in Britain aren’t oversensitive about being mocked or criticised 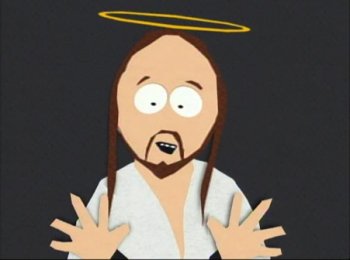 A new poll of 2,000 committed Christians shows that most of them would not be offended by jokes about Jesus – even if they were intended to be insulting.

Three quarters of those asked said that freedom of speech should not be restricted, even if it offends people's deeply held religious convictions.

Even though there was overwhelming sympathy for those Muslims who were offended by the recent film Innocence of Muslims, they were equally convinced that there should be no curb on freedom of expression – or that it should only be a last resort option.

More than eight out of 10 (84%) said they would "defend" followers of other faiths such as Islam from antireligious sentiment even if they profoundly disagreed with their beliefs. A similar proportion said that freedom of expression must accommodate all views, except for extreme opinions likely to incite hatred.

A smaller majority opposed the reinstatement of a blasphemy law in Britain.

But when asked about their own faith, six out of 10 agreed it was possible to "demean, mock or insult" God without offending Christians.

Meanwhile almost seven out of 10 said they welcomed "strong anti-Christian opinion" as providing an opportunity to "exchange ideas".

"Far from being on the defensive, it appears that most Christians welcome the opportunity to wrestle over key issues and are prepared to stand alongside believers of other faiths who are less familiar with being lampooned or more sensitive to criticism," said Rob Powys-Smith of Christian Research, the organisation that carried out the research.