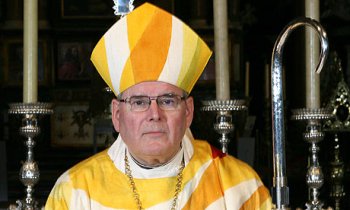 Scandals and misjudgements in the Catholic Church in Belgium have resulted in a rise in the number of people seeking debaptism.

In 2009, 643 people quit the church but the following year, when the former bishop of Bruges, Roger Vangheluwe, stepped down after admitting having sexually abused his own nephew, it rose to 6,382. It dropped to 1,827 in Flanders last year.

Although the figures for 2012 are not yet available, Church officials say requests for debaptism have risen again after the Poor Clare sisters welcomed a notorious criminal, Michelle Martin, into their convent.

Martin was convicted of letting two girls kidnapped by her husband Marc Dutroux die of starvation in a cell in their basement. He was convicted of kidnapping and abusing six girls, four of whom died. Michelle Martin was granted conditional release from prison last month after serving 16 years of her 32 year sentence.

Angry protests outside the convent near the city of Namur resulted in a rush of people downloading the debaptism forms from the website Ontdoping.be.

The protest is stronger in Flanders, the more traditionally Catholic half of Belgium, but two dioceses in French-speaking Wallonia —Liege and Tournai — have begun asking for stamps with their letters to pay the cost of processing the request.