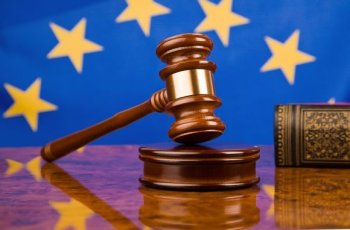 Four controversial British religious discrimination cases are due to be heard at the European Court of Human Rights (ECtHR) on Tuesday 4 September 2012. The outcome will have a huge impact on how future equality cases involving religion are determined.

The National Secular Society is the only intervener to argue – along with the Government – that the judgments about wearing crosses at work and refusing on religious grounds to provide services to gay people were correctly dismissed by the UK courts, and the dismissal did not, as the applicants claim, breach their freedom of religion.

The submission was prepared for the NSS by renowned Human Rights barrister Lord Lester of Herne Hill QC, assisted by Dr Ronan McCrea of University College London and Max Schaefer of Brick Court.

The cases are brought by Eweida and Chaplin, concerning the wearing of crosses at work and Ladele and McFarlane, both of whom objected on religious grounds to dealing with same sex couples in the same way they would with opposite sex couples. Ladele was a Registrar and McFarlane a Relate counsellor. All four are applying to the European Court of Human Rights claiming that the dismissal of their cases breached their rights under the European Convention on Human Rights, and that the UK law must therefore be changed.

We understand that the NSS was the only organisation given leave to intervene that fully supports the UK Government's view that the UK is not in breach of the European Convention on Human Rights in respect of these cases.

Keith Porteous Wood, Executive Director of the National Secular Society said: "Any further accommodation of religious conscience in UK equality law would create a damaging hierarchy of rights, with religion trumping all. Any change to the law to increase religious accommodation stands the risk of seriously undermining UK equality law.

"This is likely to be a landmark case determining the future direction of equality law in the UK, and potentially also in Europe.

"In the cases of Ladele and McFarlane, the rights of gay people are placed at risk if it is decided that 'reasonable accommodation' is acceptable when religious people provide (or refuse to provide) services to them. We have argued that such accommodations are humiliating and unacceptable. Such accommodation would not be suggested if the objection were on the basis of race, and it should not be granted on grounds of sexual orientation.

"In the case of the wearing of religious symbols at work — Eweida and Chaplin — we think the English courts reached the correct decisions on the relevant facts.

"We argue strongly that religious conscience should not override uniform policies or health and safety regulations in the workplace. We uphold everyone's right to manifest their religion and wear religious insignia, but occasionally there may be limited circumstances where the State and private employers will be justified in restricting the display of religious symbols, or indeed, expressions of non-belief, in the interests of protecting the rights of fellow employees, users of public services, and private customers.

"We very much regret the disingenuous and persistent portrayal of the current situation as being a blanket ban on religious symbols in the workplace. As the millions of people who wear a cross to work will testify, there is no such ban, nor should there be such a ban. But it is important that employers maintain their rights to ask their staff to comply with reasonable uniform policies or health and safety regulations. We must at all costs avoid creating a hierarchy of rights with religious rights firmly at the top."

The application numbers of the cases to be heard in the European Court of Human Rights are: