It’s official: Britain is a nation of secularists 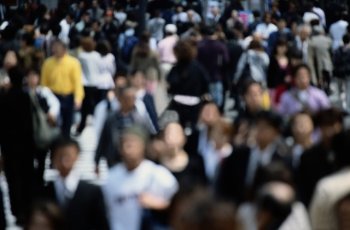 On the heels of claims from the Communities Secretary Eric Pickles that Britain is a Christian nation and that the Government intends to find a greater role for religion in policy-making, come two large-scale polls showing that our country is not, by any stretch of the imagination, religious. Indeed, we are a nation of secularists who want religion and politics separated.

A poll conducted by Yougov together with the Government-sponsored British Social Attitudes Survey reveal a nation averse to "faith" and hostile to religious leaders seeking political power.

Of the Yougov-Cambridge poll carried out among 2,027 adults, an overwhelming 81% of respondents agreed with the statement "Religious practice is a private matter and should be separated from the political and economic life of my country". Only 6% disagreed.

The same set of questions was asked in some other countries and the results can be seen here.

The 29th edition of the British Social Attitudes Survey, which was published on Monday, confirms these trends. It has been analysed by the BBC which concluded along the following lines:

The number of people who told the BSA survey that they had no religion varied substantially by age, peaking among the 18-24s (65%) and falling steadily to 18% among the over-75s.

Wales emerges as the least religious nation in the UK, with 58% saying they have no religion. Greater London (once one of the least religious part of the UK but now home to tens of thousands of religiously devout immigrants) has only 42% non-religious. The Midlands, another centre of immigration, recorded 41%.

But there are grounds to suggest these particular figures should be taken with a pinch of salt. It is well known amongst statisticians that respondents often overstate their religiosity. This trend is well demonstrated by the fact that 14% per cent of respondents claimed to attend a religious service once a week or more. This is at least double the figure borne out by church attendance figures. 58% said that they never attended public worship (up from 53% in 1991).13% of the irreligious stated that they sometimes attended religious services.