Council of Ex-Muslims: Islam documentary must be shown 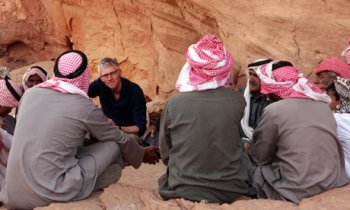 The Council of Ex-Muslims of Britain (CEMB) is calling for Tom Holland's Channel 4 documentary Islam: The Untold Story to have a repeat showing, after the broadcaster cancelled it following threats and menaces from Islamists.

In a statement, CEMB spokesperson Maryam Namazie said: "The threats and concerted attempt to stigmatise the documentary and its producers by attacking its credibility and even legitimacy as a field of inquiry is nothing less than an attempt to impose a blasphemy taboo by stealth and coercion against programming that scrutinises Islam.

"Caving in to the coercive pressure of Islamists will have catastrophic effects on free inquiry and expression where it pertains to Islam. It would not only further silence academic, historical and theological scrutiny of Islam but would also have the chilling effect of exerting added pressure on Muslims and ex-Muslims who wish to dissent from and question Islam."

Ms Namazie continued: "Here's my question to Channel 4: what about the threats on our lives for being apostates, ex-Muslims, atheists, freethinkers, secularists, 21st century human beings? What part of our thoughts, lives, and bodies do you recommend we cancel to appease the Islamists? If only there was such an 'easy' 'solution' for those who are languishing under Islam's rules. You may accept censorship and cowardly silence in the face of Islamist threats and intimidation, but we cannot afford to do so. And we never will."

The CEMB urges you to view the documentary and write to Channel 4 and Ofcom calling for a repeat screening.