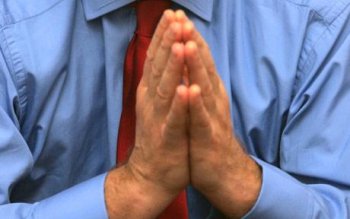 In a campaign that echoes the National Secular Society's successful challenge to council prayers in England and Wales, a group in Canada called Secular Ontario is taking legal action to stop politicians praying before their meetings.

The group is seeking to stop the recitation of prayers in at least 18 cities, towns and counties across the province.

On Monday, the lawyer for the group filed a lawsuit against Grey County council on behalf of Peter Ferguson, saying the saying of the Lord's Prayer at his local council caused him "anguish, discrimination, exclusion, rejection and loss of enjoyment of life."

Ferguson, who lives in Grey County, is seeking $5,000 in damages and a court order banning the county council opening its meetings with prayers.

He said councillors are infringing upon his Charter right to freedom of conscience and religion, referencing a 1999 Ontario Court of Appeal decision that ordered the town council in Penetanguishene to stop reciting the Lord's Prayer.

"I don't like politicians who break the law, and our county council is breaking the law," said Mr Ferguson. He said if he wins the case, he'll donate the $5,000 to Canadian Civil Liberties Education Trust.

Ferguson's suit comes a month after a woman took action against Peterborough (Ontario) city council, which also prays at meetings. Both plaintiffs had tried unsuccessfully to persuade their councils to drop the practice before going to Secular Ontario for legal advice.

Familiar arguments then began to emerge from councillors who are determined that the prayers will stay.

"No one is forced to take part. They are invited if they choose. We have added the silent reflection for anyone who wishes to, whichever deity or thought process they follow," Peterborough's acting mayor Henry Clarke told the press in June.

Both Ferguson and the Peterborough plaintiffs made several appeals to their respective councils before learning of Secular Ontario's cause and seeking Mayo's counsel. Both cases have yet to appear before the Ontario Superior Court of Justice.

Attempts to persuade municipalities to end prayers voluntarily have failed in all but two cases. The Ontario provincial government also declined to respond.

Secular Ontario has warned the plaintiffs that they are likely to be targeted with hate mail and are likely to face a backlash from their local community.