Rush to register land as Chancel Repairs Act is modified 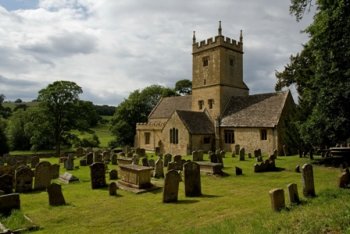 Residents, most of them elderly, of the parish of St Eadburgha in Gloucestershire had a nasty shock recently, when a letter from the Land Registry dropped through the door telling them that, because of the land on which their house was built, they had a potential legal liability to pay tens of thousands of pounds in church repairs. This applies even if they are not connected to the Church and even if they aren't Christians.

They were told that their properties are liable to "chancel repair liabilities" – due to an obscure 500 year old law that came about after Henry VIII dissolved the monasteries. The way the land was divided up meant that all properties built on monastic land were liable for the upkeep of the local church.

The law applies to some 500 parishes, but until now there has been great uncertainty about which properties carried a liability and if liable how much the liability would amount to. As far as we can establish, the right to impose these costs has existed since then. It could be argued that the chancel repair liability should have been discovered as part of the searches the lawyers make into title when land changes hands. But maybe any liability was regarded as theoretical because the Church of England and the Church in Wales haven't for many centuries exercised their right to claim the liability.

The matter came to public attention when Andrew and Gail Wallbank of Glebe Farm, Warwickshire were billed out of the blue for £100,000-worth of repairs to Aston Cantlow Church. They tried to challenge the bill and went to court with a case that dragged on for several years and ended in failure and a bill of £350,000 in 2009 as a result of which they had to sell their house. This case caused outrage, especially when it was realised that it had far wider application.

The Government realised it had to take some action, and what it presumably should have done was to declare that these ancient liabilities en bloc were no longer enforceable. Presumably they ruled this out because of pressure by and/or in deference to the Church. But it is possible that, had the Government taken such a course, the Church could have sued the Government for what it would otherwise have been able to recover.

But the Government had to do something, at least to limit the uncertainty, and so introduced a registration procedure so that at least it is known what land is subject to the liability. Any liabilities not registered before the ten year registration period expires (next year), will be unenforceable.

Currently, because of the uncertainty as to which land is liable, (which the registration will eliminate) landowners are taking no chances and insuring for chancel liability, most often when purchasing a property. Others are entirely unaware of their "obligation" until an official notification or the bill from the Church drops through the door. It also potentially makes their property unsaleable.

There seems no likelihood that this Government would be any more prepared than its predecessor to declare the ancient liabilities unenforceable. And unravelling this mess in a fair way is rapidly becoming impossible. Some buyers have purchased their property in the knowledge of a liability, and secured a substantial discount from the seller or payment by the seller for the insurance premium, while others are waking up to the liability for the first time. The latter may be facing bankruptcy over this, while the former have incurred no loss at all.

After that date, new owners of land will only be bound by chancel repair liability if the latter is entered on the liable Registered Title kept at the Land Registry. This puts the onus on Parochial Church Councils to identify all affected land and register their interest before that date (no fee is charged).

An online petition to the Prime Minister requesting legislation to remove this liability resulted in the following response in 2008:

"Chancel Repair Liability has existed for several centuries and the Government has no plans to abolish it or to introduce a scheme for its redemption. The Government has, however, acted to make the existence of the liability much simpler to discover. From October 2013, chancel repair liability will only bind buyers of registered land if it is referred to on the land register. By that time, virtually all freehold land in England and Wales will be registered. The Government believes that this approach strikes a fair balance between the landowners subject to the liability and its owners who are, in England, generally Parochial Church Councils and, in Wales, the Representative Body of the Church in Wales.

"The Government acknowledges that the existence of a liability for chancel repair will, like any other legal obligation, affect the value of the property in question, but in many cases this effect can be mitigated by relatively inexpensive insurance. It is for the parties involved in a transaction to decide whether or not to take out insurance."

The Charity Commission has warned that they if they do not register in time, individual members of the Parochial Church Council could be liable for the repairs or even found in breach of their legal duties as trustees. The Church of England said that English Heritage has also made clear that it would not provide grants for repairs to historic churches if parishioners' had a legal duty which was not imposed. It is tempting to be critical of the Charity Commission and English Heritage — and we suspect also companies insuring Church property — for acting in this way. However, all they are doing is to require those with a responsibility for collecting money due to their bodies, to exercise that responsibility – or take the consequences.

Local MP for St Eadburgha, Peter Luff, said he thought his constituents' experience was "just the tip of the iceberg." The issue would arise throughout the country.

Mr Luff added: "The divisive impact on communities, often in villages, can't be overstated. "The members of PCCs are forced to impose on their friends and neighbours a potentially crippling financial liability."

Keith Porteous Wood, executive director of the National Secular Society, commented: "The liability will always hit villages much harder than towns where the liability for repairs to a church will be spread over very many more dwellings. If Mr Luff's fears are realised and result in swathes of village bankruptcies or repossessions, the Government may be forced to reconsider and make these ancient liabilities unenforceable against landowners. If it does so it will then have to decide whether this new source of income for the Church is to be curtailed, or whether to compensate them from public funds. But, particularly in these times of austerity, the level of hardship would have to be very high for the government to feel forced to act.