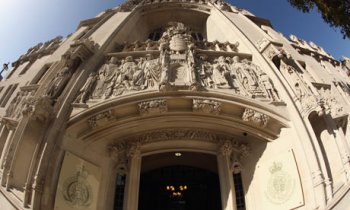 A landmark hearing at the Supreme Court in London on Monday will consider who is responsible for compensating victims of child abuse by Catholic priests.

The case is being brought by 170 men who allege that they were sexually and physically abused at a Roman Catholic children's home.

The High Court at Leeds and the Court of Appeal have already decided that the Roman Catholic Diocese of Middlesbrough is responsible for compensating victims of child abuse at the St William's children's home, Market Weighton, East Yorkshire, between 1960 and 1992.

In December 2003 James Redmond Carragher, the former Principal of St William's children's home was found guilty of 7 counts of buggery and 14 counts of indecent assault against 22 boys, some as young as 12. He was sentenced to 14 years imprisonment. He had earlier served a seven year sentence imposed in 1993 for indecent assaults, taking photographs of young boys and importing videos mainly of children, between 1985 and 1992.

Compensation proceedings on behalf of claimants were started in 2004. Although two Roman Catholic organisations were involved in running the St William's children's home, both organisations have attempted to use legal technicalities to escape responsibility, a tactic mirrored in other Catholic child abuse cases.

Despite a series of shocking examples of Catholic priests being convicted over the past decade, the Catholic Church continues to argue that it is not responsible for abuse committed by its priests and officials. In the most recent example the Roman Catholic Bishop of Portsmouth attempted to argue that he was not responsible for compensating a victim of abuse by a priest named Father Baldwin, on the basis that he did not employ him but simply allowed him ministry in his Diocese. Unsurprisingly on 12th July 2012 the Court of Appeal decided that the Bishop was indeed responsible.

David Greenwood, solicitor for the claimants says: "The Supreme Court obviously feels this case is of major importance. The Catholic Church has for years tried to escape liability for its priests and members and I hope this case will decide the issues once and for all.

"I am anxious to achieve justice for the victims of abuse at St William's as quickly as possible. One of the Catholic organisations is trying to escape responsibility. I am certain that either the Roman Catholic Diocese of Middlesbrough or the De La Salle Institute are responsible for compensating victims."

"Churches have had unquestioned access to vulnerable children. The Supreme Court is the highest court of appeal. The St William's case represents an opportunity to make churches responsible for the past wrongs of abusers within their organisations. I also hope that the court will send a signal to all organisations that care for children that they must rigorously enforce safeguarding responsibilities."