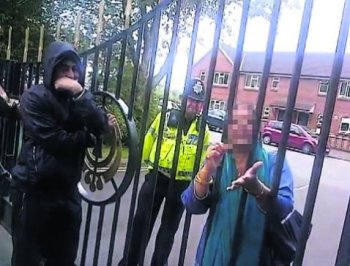 Forty Sikh militants in Kembrey Park in Wiltshire locked themselves inside a local temple last Saturday to stop a Sikh woman marrying a Christian man of West African background.

The incident resulted in the religious element of the wedding being abandoned, although the civil ceremony between Susan Momi and Kenny Lawrence did go ahead – despite militants turning up at the registry office as well.

Susan's mother Harbhajan told the local media that the fanatics had locked themselves in the temple and switched off security cameras. A caterer who had prepared food was told to go or face being killed. The militants then ate the wedding breakfast.

Harbajahn said: "I was getting to ready to go to the temple when I had a phone call from a friend telling me to stay away. It was awful, my heart is still going even now."

The militants claimed on YouTube that they had acted peacefully to stop an inter-faith union being celebrated at the temple. But the bride's family say couples from different religions have married before at the gurdwara without incident.

Harbhajan said she suspected the protest was not religiously motivated but was to do with Mr Lawrence's colour. However, the protestors left the temple when they suspected that the holy book had been removed and taken to the registry office. They returned when they found out it had not.

Raghdir Bains, a committee member at the Punjabi Community Centre, said: "Nearly everybody in the Sikh community in Swindon is absolutely against what took place. We live in a multi-cultural society and if that's the wish of the girl and her parents then it should go ahead. The majority of the hardliners were from Birmingham and Southall and they have been responsible for damage to another temple in Walsall.

"The committee had accepted the booking and it should have gone ahead. Local families went to the gates to complain, but there was no one to stop the militants." Mr Bains said anyone challenging them would have been subjected to violence.

The militants posted footage of the occupation on YouTube, showing a hooded hardliner standing by the gate while a local woman protests against their action. (Notice the threat to other temples at the end of the clip).

A spokesman for Wiltshire Police said: "We can confirm that we dealt with a small protest by a group of men in Swindonon Saturday. The protest was conducted peacefully. We believe the protestors objected to an event which was due to take place at the Swindon gurdwara. Our officers continue to liaise with the protestors and the community."

Terry Sanderson, President of the National Secular Society, said: "Are the police really just going to stand by and watch this bullying of a whole community by a bunch of religious thugs and do nothing about it? Is it another case of pandering to 'community sensitivities'? Surely such interference in people's lives and threats of violence are against the law? Are we really going to let the sectarian hatred that poisons so many communities in India be imported here? To keep the peace we all have to be governed by the same laws – religious believers included." 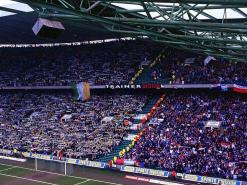 The NSS has welcomed the repeal of a Scottish law which restricted football fans' freedom of expression on religion in an attempt to tackle... 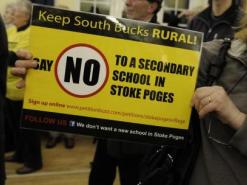 Two councils have lost a high court battle against the decision to have a Sikh faith school situated in the small village of Stoke Poges.... 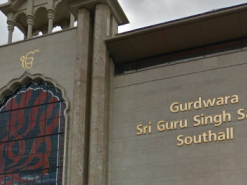 Sikh Federation UK, the "leading" Sikh lobbying organisation, has refused to condemn the actions of a group of men who disrupted an interfaith... 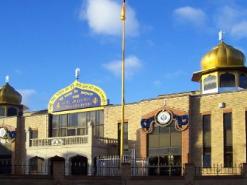 The Government has approved plans for a new Sikh ethos free school in Derby, despite the fact that the City Council has repeatedly stated... 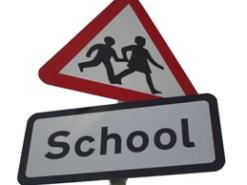 Leeds City Council has been ordered to hand over a former primary school site worth almost £1 million to an enable an undersubscribed...

From Iranian dissidents fearing deportation after seeking asylum from theocracy, to ex-Muslims driven from their homes in Bradford, Iram Ramzan looks at some worrying examples of sectarianism threatening...