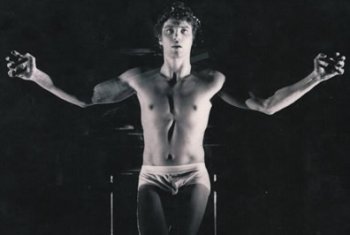 The European Humanist Federation (EHF) and its Greek member the Greek Helsinki Monitor (GHM) have protested to the Greek Justice Minister about the arrest of three actors on charges of blasphemy.

The actors were taking part in a production of Terence McNally's 1997 play Corpus Christi, which portrays Jesus and his disciples as homosexuals living in Corpus Christi, Texas. EHF and GHM have written to the Greek Justice Minister asking that not only that charges against the three actors be dropped but that the blasphemy law should be repealed.

"With the secularisation of Europe, the offence of blasphemy tends to disappear from national criminal laws. While some countries have abolished it, others still have it in their domestic law but do not prosecute (e.g. Austria, Denmark, Italy and the Netherlands). In Greece, Ireland or Poland, blasphemy laws allowing fines and imprisonment may lead to prosecution or have a deterrent effect on journalists, academics, artists and other citizens which may amount to self-censorship.

Freedom of expression is protected by all major international human rights instruments. The European Court of Human Rights (ECtHR) has stressed on numerous occasions that freedom of expression constitutes "one of the essential foundations of [a democratic] society", and that "it is applicable not only to 'information' or 'ideas' that are favourably received or regarded as inoffensive or as a matter of indifference, but also to those that offend, shock or disturb the State or any sector of the population".

The EHF strongly defends freedom of expression, which includes the right to be critical about religions in discussions or artistic expressions. There is no fundamental right not to be offended in one's religious feelings, churches and religious groups should accept criticism, just as every group in society.

In a 2008 Report on the relationship between freedom of expression and freedom of religion, the European Commission for Democracy through Law (Council of Europe's advisory body on constitutional matters, better known as the Venice Commission) recommended that "the offence of blasphemy should be abolished (which is already the case in most European States) and should not be reintroduced".

Similarly, in a joint statement issued during the Durban Review Conference in Geneva in 2009, three United Nations Special Rapporteurs – respectively on freedom of religion or belief, on the right to freedom of opinion and expression and on contemporary forms of racism, racial discrimination, xenophobia and related intolerance – underlined the difficulties of providing an objective definition of the term "defamation of religions" which make the whole concept "open to abuse". The pressure to ban these blasphemy laws has been increasing since 2008. After several years of resolutions on the defamation of religions, the United Nations finally adopted in March 2011 a new resolution on Combating Religious Intolerance which does not refer to defamation of religions anymore but advocates tolerance and education.

Defending freedom of expression does not mean that it is wise or legal for citizens to say everything they like in the public space. This freedom is limited by the interdiction of incitement to hatred and violence on the basis of ethnic identity, religion or sexuality amongst other grounds. But beside freedom of expression, a much broader set of policy measures is necessary to promote tolerance, like intercultural dialogue or education for tolerance and diversity. Legal responses, such as restrictions on freedom of expression alone, are indeed far from being sufficient to bring about real changes in mind-sets, perceptions and discourse.

The European Humanist Federation, based in Brussels, unites humanist and secularist organizations across Europe. The NSS is an affiliate member.