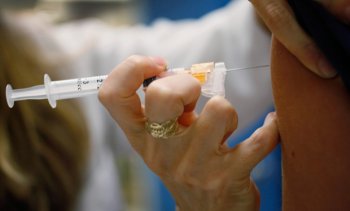 If any more evidence was needed to prove the Catholic Church's contempt for women, then you need look no further than Calgary in Canada.

The bishops there decided in 2008 that they would not provide vaccination for girls in Catholic schools against the human papilloma virus (HPV) – which guards against the four strands of HPV most associated with cervical cancer. The bishops say it would compromise Catholic teaching, because HPV is a sexually transmitted virus.

The National Post reports that when children in Calgary's Catholic schools were sent home with vaccination information from Alberta Health Services they were given an additional letter. Written by the bishops, the letter instructed parents that: "Although school-based immunization delivery systems generally result in high numbers of students completing immunization, a school-based approach to vaccination sends a message that early sexual intercourse is allowed."

This week, a group of parents, doctors and researchers have launched a fight to have the Catholic School District overturn the ban and allow the school vaccinations to stand. The group, known as HPV Calgary, has started a campaign to pressure school trustees to address the situation.

In 2007, Ottawa provided a grant so that school-aged girls could be vaccinated for free; Alberta followed suit. But at least eight religious boards in the province still bar the vaccine from being administered on school grounds. Outside the province, only two school boards are believed to have taken such a stance.

"If you are an immigrant, if you are not so affluent, if you don't have a car, if you're very dependent on an hourly wage, it is very unlikely that you'll get immunization," Dr. Ian Mitchell, a professor of paediatrics and a bio-ethicist with the University of Calgary, told the National Post. "So we saw this decision by the Catholic school board as affecting all children, but really affecting the most vulnerable children."

The HPV vaccine — and the virus, in general — has been at the centre of several recent controversies. But HPV Calgary says that by banning the vaccine, the church is literally endangering the lives of thousands of girls. As HPV Calgary member and bio-ethicist Juliet Guichon told the CBC: "The physicians have told the trustees that they can predict with statistical certainty that there will be disease and death as a consequence of these children not receiving the vaccine."

Mary Martin, chairwoman of the Catholic board in Calgary, said students receive information about where they can get the vaccine outside school.

"The overarching concern or issue here is that anything we do within our Catholic schools have to be congruent with the teachings of our church," she said. "At the end of the day [we're providing] a faith-based education that is in alignment with the direction of the Alberta bishops."

Vaccination advocates said studies have found no correlation between the HPV vaccine and increased promiscuity.

"What we see anecdotally is that the children don't jump into bed, they go out for recess. It's hard to debate this because it's not grounded in evidence or rationality," Ms. Guichon said. Further, it's possible to contract HPV through sexual assault and abuse, she added.

But the bishops remain unconvinced. In a statement to LifeSite News, Bishop Fred Henry insisted that he will continue to urge Catholic school boards not to administer the vaccine. He says administering the vaccine would undermine the schools' effort to teach children about abstinence and chastity in accord with the teachings of the Catholic Church.

The vaccine has been administered through the province's schools in grade 5 and 9 with government funding since 2007, but at Bishop Henry's urging theCalgaryCatholicSchool Districthas refused to participate in the program.