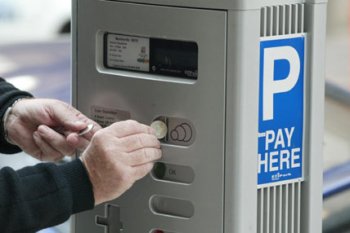 Woking Borough Council in Surrey is to consider extending its policy of offering free parking to churchgoers to include those attending places of worship of other religions.

The move comes in response to a challenge from the National Secular Society which pointed out that offering such concessions only to Christians — as the council was doing — was likely to be illegal under the Equality Act 2010.

Although its legal advisors had informed the Council that the policy was likely to be in contravention of equality legislation, it is determined to continue the practice because it considers the "faith communities" need support. The Council sees it as a "legitimate purpose" to be an "engine for growth" for churches.

Some Council members are also members of the churches that have been receiving the concession.

The Council's cabinet is now recommending that the full Council adopt this Policy Statement:

Terry Sanderson, president of the National Secular Society, said: "Under the Equality Act 'religion and belief' also includes non-belief and 'religion' also includes those who have no religion. None of the people in these categories are accommodated by the Council's proposed new policy.

"The Council says that such people will not suffer disproportionate disadvantage if they have to pay while religious people don't. This makes no sense – if it is no burden for non-believers to pay, then surely it shouldn't be any more of a burden for church or mosque-goers to pay.

"On the assumption that, as is likely, this policy will be adopted by the Council, we are taking further legal advice as to how best to proceed."

Mr Sanderson said that many local authorities around the country have similar policies and in total they probably cost council taxpayers tens of millions of pounds.