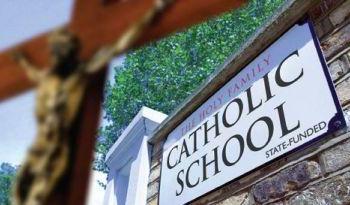 The London Borough of Richmond upon Thames last week approved a plan to open a new Catholic school in the borough, despite spirited opposition from community groups and parents who fear that religious selection will bring discrimination against non-Catholic children.

At a meeting to consider the matter, campaigner Jeremy Rodell, who has been prominent throughout the discussions about this school, said that the battle had always been uneven. The school had been proposed by the Diocese of Westminster. "Power, influence and self-interest won the vote, as everyone knew they would," said Mr Rodell. "But this may not be the end. RISC [Richmond Inclusive Schools Campaign] believes the council is acting unlawfully under the Education Act 2011, which says that a council that thinks it needs a new school must seek proposals for a free school, which the council has failed to do."

Some Catholic parents at the meeting argued that the school is "necessary".

The Council's director of education, children's and cultural services, Nick Whitfield, also assured the cabinet, before they made their decision, that more community places would not be needed in the borough at the current time.

Lord True, leader of Richmond Council (who also happens to be a trustee of the Sir Harold Hood Charitable Trust, the stated aim of which is "to benefit Roman Catholic Charitable purposes") said at a public meeting last year that the Pope's speech to youngsters in Richmond last year made him realise "how sad it was" that they had no Catholic secondary schools in the borough.

Bishop John Sherrington, chairman of the Diocese of Westminster Education Commission, said: "The Diocese of Westminster is delighted with the approval from Richmond Council for the development of a new Catholic Secondary and Primary school at Clifden Road, Twickenham. Working with our partners in the Archdiocese of Southwark, we are grateful to members of the Cabinet for finding a way to deliver on a long-standing manifesto promise to make a Catholic secondary school a reality".

The Council will now prepare a "legal liaising agreement" for the Diocese. At the same time, the Diocese will work up further plans for the schools, considering issues such as staff, admissions and curriculum.