Religious threats to free speech in Britain and Poland 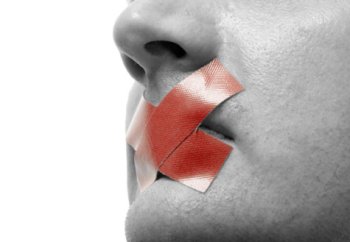 A man in Boston, Lincolnshire has been warned by the police that if he puts up a small poster in his window that says "religions are fairy stories for adults" he could face arrest.

John Richards was told by officers that the poster could breach the Public Order Act by "distressing" passers by. But Mr Richards is defiant and says her will put up the poster anyway, as not to do so implies a threat to free speech.

He told The Boston Standard: "The police said I could be arrested if somebody complained and said they were insulted, but the sign was up two years ago and nobody responded or smashed the window. I am an atheist and I feel people are being misled by religion. I wanted to show people that if they thought they were alone there was at least one other person who thought that. I accept that the police emphasised the words could lead to an arrest but the implication is a threat to free speech which surely should be fought."

The Public Order Act dictates that it is an offence to display any sign which is threatening, abusive or insulting, and could cause distress. The NSS is currently campaigning to have the "insulting" element of this law removed.

After the story appeared and the NSS took it up, the Lincolnshire Police issued a statement saying that there was no such threat to Mr Richards. But it did admit that if a complaint was received, an officer would attend and try to persuade Mr Richards to take the poster down. If he refused – which he said he would –he would be arrested.

Terry Sanderson, president of the National Secular Society, said: "The police response more or less confirms what Mr Richards is saying – if he insists on exercising free speech in the face of objections from someone who claims to be insulted or offended then he will be arrested and possibly charged.

"This is another example of the incoherence of Section 5 of the Public Order Act and a strong argument for it to be radically changed to remove this threat to free expression."

Meanwhile, in Poland a popular singer known as Doda has lost an appeal over "offending the religious feelings" of two complainants, who objected to her saying in an interview that the Bible "was written by someone who was hammered on wine and who'd been smoking herbs." She has been ordered to pay a 5000 zloty fine (1170 euro), in keeping with the original verdict.

Dorota Rabczewska (Doda's real name) had been brought to court after complaints were filed by Ryszard Nowak, chairman of the privately run Nationwide Defence Committee Against Sects, and Stanislaw Kogut, a senator for the conservative Law and Justice party.

In her original defence, the singer had claimed that she had not intended to offend anyone, and that the cited herbs "were certainly therapeutic ones" and the alcohol in question "sacramental wine."

Rabczewska has not been given leave to appeal to Poland's Supreme Court, but her lawyer is considering an extraordinary appeal toPoland's Ombudsman on Civil Rights. An appeal to European Court of Human Rights could also be pursued.

Ryszard Nowak has been involved in several high profile cases of this kind, including one against Miss Rabczewska's former boyfriend, Adam Darski, frontman of death metal band Behemoth.

Darski, known to his fans as Nergal, was taken to court for tearing up a copy of the Bible during a 2007 concert. The long-running case was ultimately dropped.

At present, the Democratic Left Alliance party is working on a draft bill that will cut the maximum penalty for insulting religious feelings from two years imprisonment to six months.