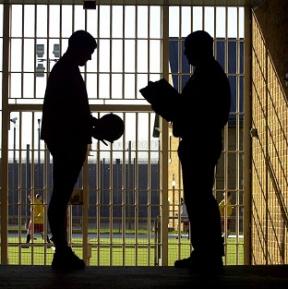 Members of the Nottingham Secular Society became alarmed, early in March of this year, when the Nottinghamshire Probation Trust launched its 'Faith Mentoring Scheme'. Alarm bells rang, not just because of the scheme's title but because a mentor, also a member of an evangelical group, commented in an interview with the local BBC radio station that a Trust employee, who was also a member of the evangelical group, had told a church meeting that there were, "…opportunities to be had…"

Dennis Penaluna, President of Nottingham Secular Society, wrote to the County's Probation Trust seeking assurances that, amongst other things, there would be no proselytizing of probationers. His letter resulted in a meeting with the Trust's Deputy Chief Executive, Sheila Wright, where she began by saying that the letter had opened up an important debate within the Trust itself.

The meeting was described by Mr Penaluna as, "…full, frank, open and very useful. We discussed the rationale behind the scheme; the use of the word 'faith'; the ways in which its use excluded the majority, the non-religious, from the mentoring scheme and implications arising from the Equalities Act (2010).

Ms Wright assured me that the Trust would make it absolutely clear to all mentors that proselytizing was totally unacceptable and she would consider having questions asked in probationers' exit interviews which would ensure this was the case."

Last week he received this in an email:

"Following our meeting I returned to the organization and commissioned a full review of our recruitment/selection and training process of our mentors. Suffice to say the term faith has been dropped with immediate effect, and we will (be) issuing information on our website and elsewhere to reflect this change."