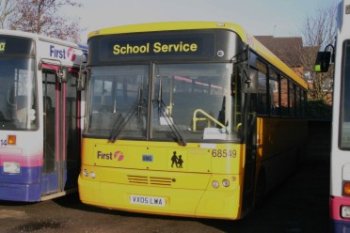 After a fourteen month debate and consultation, the decision by Cheshire East Council to scrap transport subsidies for pupils attending 'faith schools' has been – predictably - condemned by the Catholic Church.

The Diocese of Shrewsbury, which covers the region, warned the decision – which will save the council £230,000 per year - would shift a "significant financial burden" onto parents.

But Terry Sanderson, President of the National Secular Society, said: "The 'financial burden' of which the Catholic Diocese speaks has not come from nowhere – previously it has come from the wallets of non-Catholic taxpayers. What the Church is complaining about is that it can no longer use public funds to transport children from all over the county to undergo its indoctrination. Its selfishness is palpable."

Mr Sanderson said: "All these children will still be educated, but if they don't want to pay the bus fare they will have to go to a school that is nearer to where they live. Just like everyone else, in fact. And if their parents choose to send them to a distant school, it is only right that they should pay the bus fare themselves. It's their choice if they want their children to travel miles to a distant school, and there is no justification for the council taxpayer to pick up the tab for them."

Councillor Hilda Gaddum, Cabinet member in charge of children and family services, said: "The decision the Council reached was made in accordance with correct Government guidance and best practice under the Home to School Travel and Transport Guidance. Schools affected will be given a one-off payment directly this September so that they can organise their own sustainable transport. Cheshire East Council is confident that all relevant guidance has been followed."