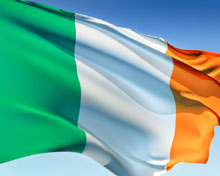 A new Ipsos MRBI poll for the Irish Times shows that although 89 per cent of people in Ireland still describe themselves as 'Catholic', it is not Catholicism as the Pope knows it.

The poll results show belief in the church is strongest in rural areas but falls off significantly in urban areas.

A total of 89 per cent of respondents were Catholic. The remainder were either not religious (6 per cent), Protestant (3 per cent) or from other faiths.

Only 31% of Catholics said they attended Mass at least once a week – and even that is likely to be an exaggeration as the phenomenon of overstatement is well recognised in opinion polls dealing with religion.

Those who attend Mass regularly are twice as likely to live in rural rather than urban areas. They are also more likely to be older and support Fianna Fáil or Fine Gael.

Many describing themselves as Catholics do not believe the key tenets of the Church's teachings, such as transubstantiation. Almost two-thirds (62 per cent) believe the blessing of bread and wine during Mass only 'represents' the body and blood of Christ. Just over a quarter believe it is actually transformed (26 per cent).

There is division on the issue of the Church's role in education, although Labour supporters are more likely to support Government moves to loosen the Church's control of primary schools.