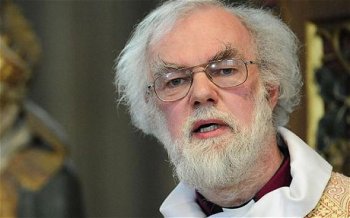 The Church of England's failure to distinguish between social, religious and legal institutions of marriage "confuses the issues" according to a legal opinion obtained by the National Secular Society about the Church's controversial response to the Government's consultation on equal marriage. The consultation has just closed.

Keith Porteous Wood, executive director of the NSS, added: "The evident desperation of some of the Church hierarchy to prevent same sex marriage at all costs has led them to put forward disingenuous and specious arguments in the form of manifestly false legal arguments. They have done so in the name of the whole Church, when it is well known that some in the hierarchy and probably the majority of those in the pews do not oppose same sex marriage.

"The Church has now added 'obstruction to democracy' to the long list of arguments in favour of disestablishment. To argue that the proposed change is inconsistent with continuing establishment is a foolish overplaying of the Church's hand. Given that less than 2%, and falling, of the population are in CofE pews on a normal Sunday, the Church's tenuous claim for continued establishment is already weak. But it is damaged irreparably by the barely disguised threat that establishment can bind the Government's hands from making democratic decisions, particularly those giving greater human rights."

Read the formal critique of the Church of the England's submission in full (pdf).